November 13, 2020 Investment Comments Off on 18 SOEs to enlist on Ghana Stock Exchange – Asamoah-Boateng

Eighteen State Owned Enterprises (SOE’s) will soon enlist on the Ghana Stock Exchange (GSE) to afford Ghanaians the opportunity to own shares in them.

Mr. Asamoah-Boateng said this on the second day of the 2020 Policy and Governance Forum in Accra on theme: “SIGA: one year on: Achievements, Challenges and Prospects.

The Director General of SIGA noted the move would not only afford the public to own shares but they would also keenly follow their activities, create wealth for themselves and keep an eye on them on their operations.

He said SIGA would be liaising with the Ministry of Finance and GSE so that the technical work on these companies would be done before getting them on the Stock market.

The Director General of SIGA indicated the by the first quarter SIGA would come up with the names of the SOE’s.

“As at now we have asked them to put their finances in order and the technical team would also assess them so we can know those who can be on the stock market.

If you have money keep it and invest in Ghana, we want people to own indigenous companies,” he added.

Mr. Asamaoh-Boateng urged Chief Executive Officers of SOEs not to rest on their oars but work hard until the “Ghana beyond Aid” agenda was realized.

According to Mr. Asamoah-Boateng, the country was currently on the right track of growth under President Akufo-Addo.

He said SIGA would be assisting SOEs to clear legitimate debt by way of turning those debts into equities.

The Director General of SIGA appealed to heads whose books were saddled with debt to go after the debtors.

He announced that SIGA would commence the assessment of board members and they give report on them to the Presidency adding “if you don’t perform well as a board member, we will not recommend you.”

SIGA would also be requiring for quarterly management account from SOEs to assess their performance. SIGA is also going to institute online monitoring programme of SOE’s so that when there is a flash of any incident the authority would quickly step in.

He disclosed that Agence Francaise de Development (AFD) had given SIGA a five million Euro grant, saying the Authority would invest some of the money in Information Communication Technology (ICT) to enhance its activities.

Prof. Bill Buenar Puplampu, an Expert in Organizational Behaviour, stressed on the need for CEOs to study government policy imperatives and manifestoes and work towards them.

He appealed to SOE’s not joke with their audits, saying “if you play with that you will end up being hauled before Parliament.”

To ensure good corporate governance, he said entities must also protect the public purse and cross their facts before speaking to the media.

Ayorkor Botchwey appeals to Serbian investors to invest in Ghana

AGI to profile its members for investment 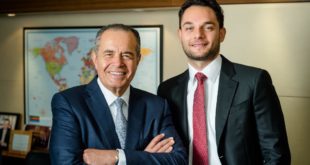