Who is Kamala Harris?

4 weeks ago Feature Articles Comments Off on Who is Kamala Harris?

Kamala Harris is heading to the White House as Joe Biden’s vice-president, and is set to create more new records along the way.

Harris has had a trailblazing career on her road to the White House, and will now be the first African-American, first woman and first person of Asian descent to serve as vice president.

But her career has had its controversies, including accusations from the left-wing of the Democratic party that she has a history of pursuing tough-on-crime policies that disproportionately affected black men.

Biden and Harris also have a contentious history. As a Democratic presidential candidate Harris, a senator from California, issued some of the most scathing critics of Biden during nationally televised debates.

In one debate Harris sharply criticized Biden for opposing school busing in the 1970s, a practice used to reduce children’s segregation in schools. She painted Biden, aged 77, as part of an old-guard political establishment that did not represent the Democratic party.

“There was a little girl in California who was part of the second class to integrate her into public schools, and she was bused to school every day, and that little girl was me,” the 55-year-old told Biden.

Harris was born on October 20, 1964 in Oakland, California. Her mother was a cancer researcher who immigrated from India and her father is an economist originally from Jamaica.

Harris spent most of her youth in Montreal, Canada before attending Howard University, a historically black college in Washington and earning a law degree from the University of California Berkeley.

Her history as a prosecutor has been an asset and a liability to her political career. As a senator she gained national acclaim among Democrats for acerbic interrogations of Trump administration officials that mirrored court-room proceedings.

But her history of sometimes fighting criminal justice reforms in California as attorney general has earned scorn among progressives, who accuse her of being a “cop,” an accusation that took on increased significance as nationwide protests over the summer called for systematic changes to policing.

Still Harris has often backed progressive policies on criminal justice issues, like pledging to never seek the death penalty as San Francisco’s district attorney, a promise that she honoured even after the high-profile killing of a policeman, drawing criticism.

As attorney general Harris said she was personally opposed to capital punishment but she defended the death penalty in court.

Harris’ history with the Biden family also stretches into her personal friendship with Biden’s son Beau, an attorney general in Delaware who died of cancer.

Harris announced her candidacy for the presidency in 2019, which seemed promising at first. A strong first debate boosted her in the polls, but she later failed to regain traction and dropped out in December, as her campaign faced accusations of being poorly run.

Often described as a pragmatic moderate, critics say her ideological stance is hard to pin down.

During the Democratic primaries she was attacked for shifting her support multiple times between the most progressive government-backed health care plans and more scaled-back options.

Harris as a presidential candidate also supported a ban on the controversial natural resources extraction technique called “fracking” but she now backs Biden, who says he is against a fracking ban.

Still, Harris as a senator since 2016 has amassed one of the most liberal voting records in the Senate, backing legislation on environmental protection and expanded immigration policies.

Now she has been given another chance as Biden’s vice president, with many Democrats speculating that she could be Biden’s successor in 2024 or later presidential contests.

Harris’s role as vice president will also usher another first: her husband Doug Emhoff, an entertainment lawyer, will be the nation’s first “Second Gentleman,” along with the first Jewish spouse in the White House.

Facebook Twitter WhatsApp LinkedIn
2020-11-08
emmakd
Previous Kofi Amoabeng breaks silence on collapse of UT Bank
Next Trump joins ranks of one-term US presidents: Who are they? 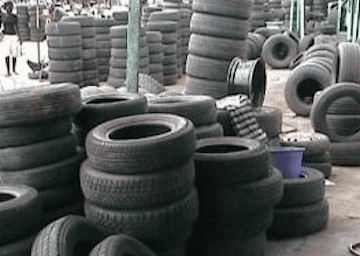 My encounter with J. J. Rawlings 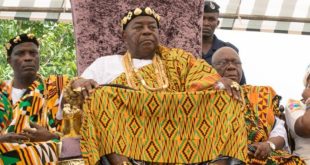 A father who can’t mourn his child: Customs that bar Togbui Sri III from Rawlings’s funeral 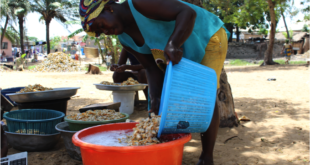