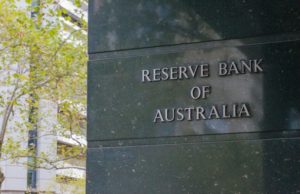 Australia’s central bank on Tuesday cut its benchmark interest rate to a new historic low of just 0.1 per cent in an effort to help the country’s economy recover from its pandemic-driven recession.

The cut is down from the previous record low of 0.25 per cent announced earlier in the year.

The official cash rate is expected to remain at 0.1 for three years.

The Reserve Bank of Australia (RBA) also announced a range of other measures following Tuesday’s monthly board meeting to support job creation and help Australia through its “bumpy and drawn out” recovery.

“With Australia facing a period of high unemployment, the Reserve Bank is committed to doing what it can to support the creation of jobs,” RBA governor Philip Lowe said in statement.

Alongside the official cash rate cut, the RBA has lowered its three-year bond rate target to 0.1 per cent.

It also confirmed it will purchase A$100 billion dollars ($70 billion) of government bonds of 5 to 10-year maturities.

Lowe said the combination of the RBA’s bond purchases and lower interest rates will bring down financial costs for borrowers, contributing to a lower exchange rate and supporting asset prices and balance sheets.

Lowe also announced that positive GDP growth is expected in the September quarter, despite the restrictions in Victoria – the state that had been crippled by second-wave coronavirus lockdowns.

“It will, however, take some time to reach the pre-pandemic level of output,” he said.

The unemployment rate is expected to remain high, but to peak at a little below 8 per cent, rather than the 10 per cent expected previously.

At the end of 2022, the unemployment rate is forecast to be around 6 per cent.

Lowe said that addressing the high rate of unemployment was a national priority and “today’s decision complements government efforts to support the Australian economy and to lower unemployment.”

Treasurer Josh Frydenberg welcomed the rate cut decision, saying the reduction in the cost of borrowing is “good news for households and good news for small businesses.”

“The decision by the Reserve Bank of Australia today to cut the cash rate down to 10 basis points and to target the 3-year bond yield at 10 basis points compliments the economic support that the Morrison government has provided the Australian economy,” Frydenberg said.

Lowe later addressed reporters in a rare media appearance saying that “given the significance of this package, I wanted to explain in person what we are doing and why we are doing it.”

He addressed concerns that the RBA may be pulling every lever, saying it was “not out of firepower.”

Australia’s June quarter figures revealed its largest quarterly GDP contraction on record and confirmed the country of around 25 million people was in its first recession since 1991.

“While Australians have experienced a severe recession, it has not been as bad as was earlier expected or experienced in many other countries,” Lowe said.

“In light of this experience, we have recently updated our economic outlook.”

The RBA is expected to publish the full details of its updated economic outlook Friday.