Also, Government, he stated, would ensure that the required financial and human resources are mobilised and developed to make Ghana a new manufacturing hub and financial services centre for the African continent.

Speaking at the Second National Conference on the African Continental Free Trade Area in Accra, the President noted that Ghana could not afford to let the window of opportunity offered by the AfCFTA slip by, because the country’s future depended very much on its capacity to make its economy and export-led one.

And the AfCFTA, with a market of some 1.2 billion people, he emphasised, was the way to change Ghana’s economic narrative, as the continental programme would lend a boost to intra-African trade, stimulate investment and innovation, diversify exports, improve food security, foster structural transformation, enhance economic growth, unleash the entrepreneurial dynamism of the African peoples, and create jobs for Africa’s youth.

The two-day conference, organised by the Ministery of Trade and Industry, Ghana Export Promotion Authority, the UN Economic Commission for Africa, and the National AfCFTA Coordination Office, is being held under the theme: “Empowering Ghanaian Businesses to Harness the Benefits of the African Continental Free Trade Agreement Under the Framework of the National Export Development Strategy (NEDS)”.

The event brought together relevant stakeholders from the private and public sectors in Ghana to discuss the Government of Ghana’s export development interventions aimed at empowering the private sector to harness the benefits of the AfCFTA to boost the country’s trade with Continental Africa.

President Akufo-Addo noted that Ghana, like many African countries, was blessed with an abundance of resources, but had not been able to, over the years, translate its resource wealth into the desired growth and development, leaving the economy “in a fragile and unfulfilled state.”

The AfCFTA, he stressed, provided the enormous potential for trade and investments across various sectors “which we must exploit,” adding, “We hope that the private sector, facilitated and actively supported by the government, will be at the forefront of trying to take advantage of the vast possibilities presented by the AfCFTA.

The President told the gathering that his administration, since assuming office in 2017, had implemented various innovative and strategic interventions, including the “One District One Factory” initiative; the development of new, strategic, anchor industries such as garments and textiles, pharmaceuticals, automobile assembly and component manufacturing; the programme for Planting for Food and Jobs; the Planting for Exports and Rural Development (PERD) initiative among others, to promote and expand production and value addition.

He stressed that underpinning all the initiatives taken by the government, was the quest to develop a robust and resilient macroeconomy, to establish a strong foundation for the structural transformation of the Ghanaian economy.

“I draw attention to these programmes and projects to reiterate the point that, in Ghana, we have already laid the building blocks for our private sector to harness the benefits of AfCFTA,” he said.

President Akufo-Addo was optimistic that the continental initiative would succeed, and generate a new impetus and dynamism for the rapid growth of Africa’s economies, and deepen the process of integration in Africa.

“Empowered Ghanaian enterprises should be frontline actors of this new, exciting journey in Africa’s economic history… We owe it to generations unborn to ensure that the biggest trading bloc on the globe, whose outcomes will be rewarding to all Africans, and which will assist in attaining the ‘Africa We Want, does not falter,” he added.

Facebook Twitter WhatsApp LinkedIn
2020-10-20
emmakd
Previous Ghanaians told to be cyber privacy-conscious
Next Election 2020: We will not let you down – EC 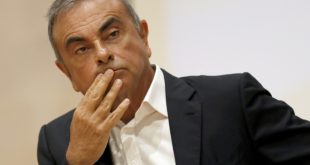 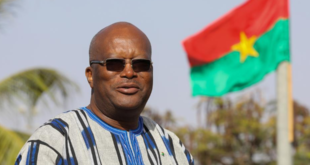 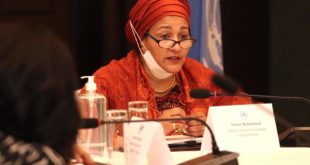