Fate of 6000 targeted LEAP beneficiaries in UER in limbo 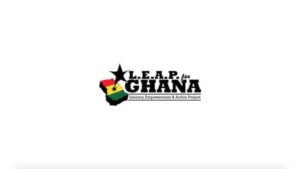 About 6000 targeted deprived persons in the Bolgatanga Municipality, Upper East Region, who were targeted under the Livelihood Empowerment Against Poverty (LEAP) four years ago, have not yet been enrolled onto the programme.

Mr Jonathan Amoah, one of the Volunteers who supported in the identification of the deprived people in the Sumbrungu, Kulbia and Anateem communities, in an interview with the GNA said the expected support for the poor people had delayed for too long, making them doubt if they would ever get help.

According to him, in the three communities alone, 370 needy people were identified and their living conditions were deteriorating as some of them lost their homes in the recent floods.

He said one of the identified needy, Madam Adoboro Aden- Enge,  from Sumbrungu community had started developing skin disease after her mud house collapsed, exposing her to harsh weather conditions.

Madam Aposaam Aselesiya, also from Sumbrungu-Yabongo, lost her mud house due to the rains and is currently living in a church, he added.

Ms. Mercy Pwavra, the Municipal Director of the Department of Social Welfare who spoke to the Ghana News Agency in an interview explained that the operations of her outfit, indicated that there were 158 beneficiaries currently taking their stipend under the 68th cycle of LEAP payments.

According to her, the 158 beneficiaries were paid every two months and the current ongoing payments were the 5th cycle for September and October 2020.

She said they were registered in 2010 from four communities in the then Bolgatanga Municipality and since the separation of the Bolgatanga East District from the Municipality, beneficiaries continued to receive support and LEAP payments through their respective Departments of Social welfare offices.

According to the Director, the COVID-19 pandemic did not disrupt payment of beneficiaries and GHC 11,000 was being disbursed for the 158 deprived beneficiaries.

She expressed concern about the delay in the registration of the new targets, and the continuous visits of the people to the office to find out about its progress.

She said the new targets were identified by ESOKO, an agricultural profiling service provider, contracted by the government to carry out the computerization of the targets and until they are registered they cannot receive support.

She however noted that registration of current beneficiaries was carried out manually in 2010 and they had since been receiving payments through the stipulated rural banks.