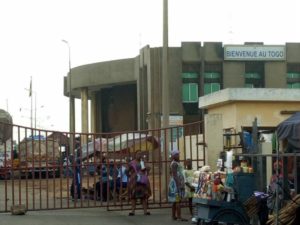 Personnel at Aflao Ghana Immigration Service (GIS) have arrested a total of 60 traders for attempting to use unlawful exiting through unapproved routes into Togo.

The Kumasi, Takoradi, Okaishie, Kantamanto and Makola-based traders were on two separate occasions intercepted, while trying to cross into the neighbouring Togo to buy goods for their businesses.

Chief Superintendent of GIS, Mr Frederick Baah Duodu, the Sector Commander speaking to the Ghana News Agency (GNA) said the first arrest was made on Thursday dawn and the second, the next day following intelligence the Command gathered.

“Around 0430 hours on Thursday, our patrol team mounted surveillance on the Aflao School Junction to Diamond Cement road leading to the arrest of 39 traders comprising thirty-three females and six male for attempting to enter into Togo on board three different vehicles namely; Hyundai Starex, Toyota Hiace mini bus and Toyota Avensis with registration numbers GT 9972-19, VR 284-18 and GS 6317-Y, respectively.

We made the second arrest on Friday of 21 Kumasi traders, all women at different unapproved routes attempting to exit into Togo.”

Chief Supt Duodu disclosed the Command on Friday, arranged for three State Transport Company (STC) buses to ensure the transportation of the first group to Accra, while the second group was put on the same bus they came to Aflao with.

He said both arrests were part of an ongoing operation by the Command to deter travelers particularly traders from flouting the President’s directives on the country’s border closure.

Though Ghana’s airports were opened after the closure of all borders (air, land and sea) in the country to human traffic from March, this year, to contain the COVID-19 pandemic, land and sea borders were still shut.

The Aflao Sector Commander advised travelers especially traders to comply with the directive saying, failure to do so would attract punishment. 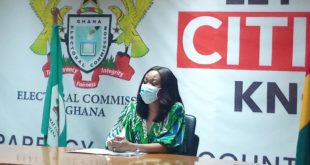