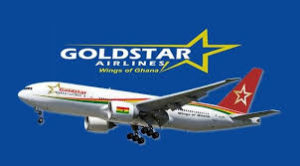 Goldstar Air, a wholly owned airline, has entered into partnership with the Government of Liberia to revive Liberia’s airline.

Dr George Manneh Oppong Weah, the President of Liberia, has announced plans to create more jobs for the citizens by reviving the national carrier, which became inactive about 30 years ago.

After some years of consultations, Goldstar Air said the Liberia Government had settled on its management services.

“The President deems it necessary to initiate plans for a dedicated aviation driven development as strategic goal of using it as a driver of social economic transformation,” Mr Eric Bannerman, the Executive Chairman of Goldstar Air, told the Ghana News Agency (GNA) in Accra, after returning from Liberia to engage in the partnership deal.

According to Mr Bannerman, the major objective of Lone Star Air business operations was to attract more visitors to Liberia.

In order to achieve this, Liberia is instituting a marketing strategy on the characteristics of the low-cost carrier packages and tour operations methodology, which to date, were recognised as being successful in North America and Europe.

Mr Bannerman said at a meeting with some of his Ministers of State and Goldstar Air officials before the signing ceremony, the President said the airline would provide the aviation community in Liberia the opportunity to share and disseminate vital industry information that would strengthen and improve the air industry.

It will also be linked to national development, which will create jobs for the youth.

“His Excellency’s aviation ambition is to upgrade the Monrovia Airport by building a maintenance base (MRO), which will ensure safety and airworthiness of all aircrafts by international standards,” Mr Bannerman said.

Also, there is a proposal for Cargo Village that will maintain a cost effective inbound and outbound flow of cargo.

A third-party logistic service provider (E-Station Cargo) is also at hand with a dedicated transportation chain that will implement and control the efficient flow and storage of goods, service to meet customer’s requirements.

Mr Bannerman said Goldstar Air Management Services, as part of the joint venture, would ensure “delivery of right goods, quantities, and conditions to the right place, time and cost.”

He said he signed the MOU for Goldstar Air and Mr Samuel Wlue, Liberian Transport Minister, signed the Memorandum of Understanding on behalf of the Government of Liberia.

Aviation is crucial to international business, trade and tourism.

Facebook Twitter WhatsApp LinkedIn
2020-10-08
emmakd
Previous Government and Cenpower agreement to save up to $3b – Ministry
Next Five more grabbed over stolen police rifles, invasion of police stations 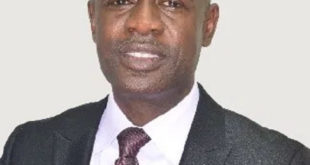 ‘Beyond the Return’ calendar for November, December unveiled