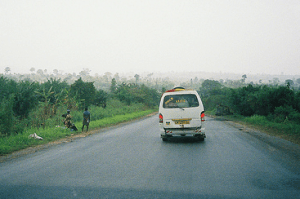 The United Kingdom-Ghana partnership, has brought together funding and expertise to build new major road system creating jobs and building expertise across Ghana.

A statement issued by the British High Commission in Accra, copied the Ghana News Agency, said the part ship had yielded £80.3 million project to build the Tema-Aflao highway agreed between BHM and the Ministry of Roads and Highways.

It said the Tema to Aflao project, which forms part of the ECOWAS coastal expressway, would employ more than 500 Ghanaians.

The statement said representatives from the British High Commission had witnessed the signing of a contract that would increase infrastructure and create jobs in the country.

It said the Ministry of Roads and Highways had signed a contract with BHM that would see the construction of a major road system.

It said the project would improve Ghana’s transport links whilst creating skilled jobs for local people across the country.

Mr Iain Walker, the British High Commissioner to Ghana said: “The significant strengthening of Ghana’s road system shows the UK-Ghana partnership at its best; a long-term partnership working for the long-term benefit of Ghana.

“Together we are committed to creating opportunities that move beyond aid and towards the trade and investment relationships which drive economic growth and local job creation.”

The statement said BHM Construction International were a civil engineering company specialising in airports and roads and the UK-based company had recently increased their capacity across the Sub Saharan market.

It said the Tema to Aflao road project, worth £80.3 million, would see a major upgrade to the road system between Tema and the border with Togo.

It said this new section of highway would ultimately form part of the link between the Ivory Coast and Nigeria and cities on route and had been agreed by the ECOWAS nations and will strengthen the West African transport network.

Phil Atkinson, BHM Construction International UK Managing Director said: “BHM are privileged to be partnering the Government of Ghana for the delivery of the critical road corridor in Tema, Accra.”The road forms part of the ECOWAS coastal expressway and will create sustainable jobs and economic growth in the Region.

“This has all been made possible by the significant support received from Ghana Ministry of Roads, and Ministry of Finance alongside the UK government.”

The statement said working with Nurizon International of the UK and Aurecon Africa alongside the Ministry of Roads and Highways, BHM would construct the Tema – Aflao project between 2020 and 2024.

It noted that the project was likely to employ more than 500 Ghanaians providing them with extensive training.

Mr Adam Afriyie, the UK Trade Envoy for Ghana said: “UK partnerships with Ghana such as the BHM roads project demonstrated the effective collaboration between the Government of the United Kingdom and the Government of Ghana.

“These projects show the UK’s ability to mobilise the best of our shared expertise, with the technical skills to offer world class solutions, to the increasing need for improving infrastructure in Ghana to support its development.

“I am so pleased to see that both of these projects will be made possible with the support of the UK Government.”

BHM Construction International are a civil engineering company specialising in airports and roads.

BHM have recently undergone an expansion programme into the Caribbean and operate in the Bahamas, Antigua and the UK.

The company are looking to expand into Sub Saharan Africa and the Tema to Aflao road – border with Togo major upgrade will be their first project in Ghana.

UKEF is the UK government’s export credit agency and a government department, working alongside the Department for International Trade as an integral part of its strategy and operations.

Working with more than 100 private credit insurers and lenders to help UK companies access export finance (the particular class of loans, insurance policies or bank guarantees that enable international trade to take place as easily and securely as possible).