Owners of fishing vessel Lu Rong Yuan Yu 956, charged $1 million for fishing infractions, have not settled the fine yet, Madam Elizabeth Aforley Quaye, the Minister of Fisheries and Aquaculture Development, said on Wednesday.

She explained that the vessel slapped with illegal fishing charges in 2019 had not paid the levies because the case was in court for arbitration.

The vessel was arrested for infractions including the use of under-size mesh nets and taking fish below minimum landing size.
Madam Quaye, who was responding to a question posed at the meet-the-press series in Accra, said update of the case would be communicated subsequently.

She noted that there were other infringement cases that were being settled both at the court and out-of-court.

Madam Quaye said the Ministry had re-constituted the out-of-court settlement committee to fast-track a backlog of cases in other to generate revenue for the Government.

She stated that over exploitation of the fisheries resources as a result of open access for artisanal fishermen and the use of illegal fishing methods and coastal degradation remained a challenge in the fisheries sector.

The Minister noted that the Government was collaborating with stakeholders to implement close seasons as a measure to replenish the fish stock.

The Ministry intensified observer activities on industrial vessels as part of measures to ensure enforcement and compliance with the Fisheries Laws and Regulations.

The Ministry had intensified community sensitization and education on the need to adhere to the Fisheries Laws and Regulations.

She noted that some 25 institutions engaged in the project include James Camp Prisons in Greater Accra, Techiman Nobel Youth Association, and Atwereboanda Pentecost Youth group at Adansi in the Ashanti Region. 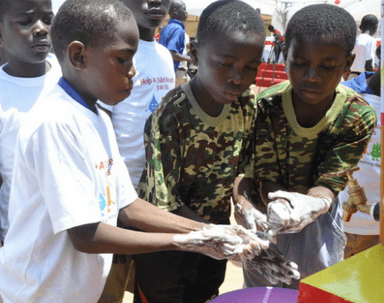