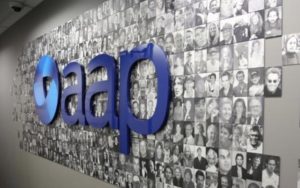 The Australian government on Friday announced it would provide A$5 million (3.7 million US dollars) to the country’s ailing 85-year-old newswire Australian Associated Press (AAP), saying it is “critical to media diversity.”

“Public interest journalism is important now, more than ever. This A$5 million in funding will allow AAP to continue delivering its important news service for communities Australia-wide.”

Pressure had been mounting on Prime Minister Scott Morrison to provide support for the news agency after previous owners News Corp and Nine Entertainment in March announced plans to shut it down.

“Today’s announcement by the prime minister is a welcome endorsement of the role that AAP plays in providing a key piece of Australia’s democratic infrastructure,” they said in a joint statement.

“AAP provides content to hundreds of newspapers and radio stations, most of which are in regional areas, who couldn’t possibly each send journalists to cover what happens in our nation’s capital cities, our courts or our sporting fields.”

Ahead of the government’s announcement, three crossbench senators wrote a joint letter to Morrison urging the government to move on a decision, saying securing public support was “a matter of urgency.”

AAP had been waiting on a response to its application for the A$5 million Public Interest News Gathering Fund since July.

Tasmanian Jacqui Lambie and South Australia’s Rex Patrick and Stirling Griff warned that without the funding AAP could be “lost forever.”

“Without it, the viability of around 400 media publications around the country that source content from AAP would be similarly jeopardised,” the senators wrote.

“Millions of Australians rely on news produced by AAP to stay informed on the events shaping the world around them. It is, by universal account, fiercely non-partisan, objective, independent and rigorous in its commitment to fact.”

Despite scaling down and being saved from closure with support from philanthropists and impact investors, on September 7 AAP launched a A$500,000 crowdfunding campaign to meet COVID-19 financial challenges.

The “AAP needs you” campaign has been backed my prominent commentators, lawmakers and journalists who have warned of News Corp’s dominance in the Australian media landscape.

Before it was forced to downsize this year, and move to a non-for-profit model, the agency employed more than 180 staff with bureaus in all eight states and territories of Australia.

AAP also had foreign bureaus, including in New Zealand, Britain, and the United States.