The Minister of Employment and Labour Relations has told the media at a briefing in Accra on Wednesday, that the total unemployment rate in Ghana has reduced from 11.9 per cent, per the Ghana Living Standard Survey Six (GLSS Six) to 8.4 per cent (GLSS Seven).

He said the government has established a tripartite technical committee to come out with modalities to implement the National Unemployment Insurance Scheme announced in the mid-year budget statement.

Mr Ignatius Baffour-Awuah, the Minister of Employment and Labour Relations, said the scheme, when operational, would focus on providing direct income support to workers who lost their jobs or suffered pay cuts in the event of a social or economic crisis.

He said the scheme would offer opportunities for training, re-training, job search support, apprenticeship and internships to enable those who lost their jobs to re-adjust.

The Minister said the total unemployment rate had reduced from 11.9 per cent, per the Ghana Living Standard Survey Six (GLSS Six) to 8.4 per cent (GLSS Seven).

Mr Baffour-Awuah said further analysis of the metadata by the Ministry indicated that the unemployment rate reduced to 7.1 per cent in 2019, with the rate being higher among females.

In terms of regions, Greater Accra recorded the highest unemployment rate of 11.8 per cent followed by Ashanti 10.3 per cent.

Mr Baffour-Awuah said during the early stages of COVID-19, the Ministry observed that low wage earners and unskilled workers were the most vulnerable.

‘‘In order to curtail the spread of the virus at workplaces, the Ministry, in collaboration with the National Tripartite Committee, issued a 10-Point Communiqué on Workplace Safety.”

‘‘The purpose was to consolidate safety protocols of the World Health Organization and Ghana Health Service as well as enhance routine inspections by the Inspectorate Departments of the Ministry,’’ he said.

The Minister said institutions visited were in the Manufacturing, Service, Retail and Recycling sub-sectors to ensure strict compliance with COVID-19 protocols and guidelines outlined by government.

“I am happy to report that 80 per cent of the establishments inspected were complying with the guidelines prescribed by Government. I wish to entreat all employers and workers to continue to adhere to the prescribed protocols to ensure safety at the workplace,” he said. 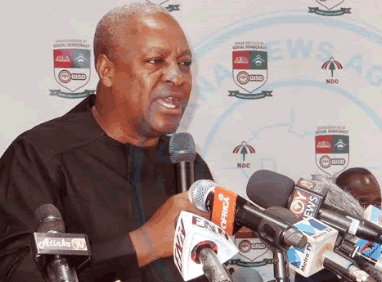