September 14, 2020 Politics Comments Off on Some 600 NDC members defect in Krachi East 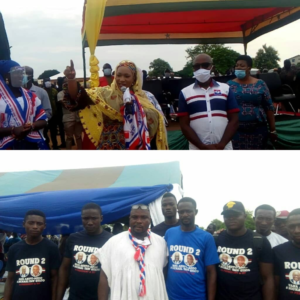 About 600 members of the opposition National Democratic Congress (NDC) in the Krachi East Constituency of the Oti Region have defected to the New Patriotic Party, barely three months to the general election.

The defectors mainly youth activists of the party are said to be dissatisfied with the former President John Dramani Mahama and now the flagbearer of the NDC and therefore crossed carpet to join the camp of the ruling party.

They resigned and officially announced their decision at the Dambai Lapaz Park, when Mrs Samira Bawumia, the Second Lady paid a courtesy call on  Nana Kwaku Beyenor II, Imams and youth of Krachi East.

Mr Mohammad Ayuba, former Zongo Youth Coordinator of the NDC in Krachi East among others told the Ghana News Agency (GNA) that they were in the party for many years, but could not boast of any landmark developmental project around them.

He said, the NDC won almost all the elections in the Constituency with the exception of 2016 and did nothing significant for the people of Krachi East.

“As a patriot, my team and I owe ourselves a responsibility to ensure the Constituency develops,”

Mr Ali Kwame, former Assembly-man of KpareKpare Electoral Area said in an interview with the Ghana News Agency that, over 16 communities had been connected to the national grid through Mr Michael Yaw Gyato and 85 island communities also got solar and rechargeable lamps.

He said there were lots of massive infrastructural development ongoing, which Dambai town roads were part during the NPP’s regime.

Mrs Bawumia urged the Constituents to show much appreciation to the NPP government in the December polls for the creation of the Oti Region.

She said Krachi East was carved out from Krachi West District in 2004 by former President John Agyekum Kuffour and was upgraded to Municipal status by President Akufo-Addo. 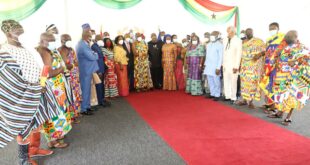 We need to protect the media – Oppong Nkrumah