The biggest online poker cheaters ever

September 4, 2020 Africa/International Comments Off on The biggest online poker cheaters ever 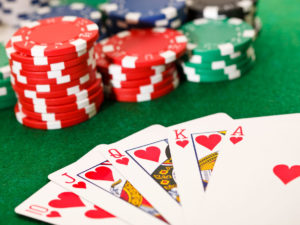 Poker has had its fair share on cheats ever since the game went online. We look at the most notorious online poker cheats who made their mark defrauding players and companies.

The biggest online poker cheaters ever

No game is perfect and online poker isn’t an exception. Many die hard poker game players trust online poker as a safe and secure platform for betting. This explains why there has been a mass influx of players into this online casino game since it went on in the late 90’s.

Nevertheless, online poker has not once but severally been hit by cases of cheating scandals.

These poker cheaters leverage techniques like multi-accounting, ghosting, collusion, superuser account, and poker bots. These scandals can trigger an enormous exodus of players from the affected poker site and thus weakening their financial muscle.  There are several poker cheaters who have taken poker sites by storm in the past. Let us look at some of the biggest online poker cheaters ever.

Darren Woods is an unfortunate but one of the biggest poker cheaters ever. Woods was no doubt a talented junior poker player who defrauded several online poker players. He cheated in online poker games by creating several accounts without being noticed. This means Woods could field in himself as several players against one or two different humans. This way, Woods stood a large chance of scooping massively. For instance, he could deploy a total of 7 players at an eight-seat table. In the real sense, he was playing with just one other human being. From simple mathematics, the chance of him winning the poker was seven out of 8. Although he succeeded in doing this for some time, he was eventually caught. He pleaded guilty to nine counts of fraud. Eventually, he was fined-he had to pay back 1 million to the players he cheated and was sentenced to 15 months in prison.

The list won’t be complete if Russ Hamilton is not in it! Yes, he is a professional in the World Series of Poker and he even won the main event in 1994. Besides, his dirty side doesn’t go unnoticed too. His popularity in poker cheating rose because he was in the epicenter of one of the world’s famous online poker scandals known as The Ultimate Bet scandal. It is estimated that Russ Hamilton managed to cheat several poker players around $16 to $18 million between 2005 and 2007. He did manage to run the cheat because he was accessing the Ultimate Bet’s “god-mode” account. He could use this account to view other player’s cards. He eavesdropped into every person’s hole cards and used it to gain an advantage. It is not uncommon for poker companies to forfeit millions and pay off defrauded players. This scandal alone cost Ultimate bet over $22 million. Even after admitting in a leaked tap that he defrauded players, he never apologized or paid anything.

Josh Fields commonly referred to as JJ Prodigy is another popular cheater in poker games. Even from the beginning, illegitimacy and JJ Prodigy looked paired. At the age of 15, he was already in the online poker room arena! At that age, playing poker is obviously against most online poker legislation. Just like Darren Woods, JJ Prodigy tried his poker cheats with multiple accounts. For example, JJ Prodigy chose the “ABlackCar” username in the tournament that won him $140, 000.  Following his cheating scandals, he was banned for life from some of the popular poker game stages and multiple online sites like PokerStars and PartyPoker. Even before he turned 21, he had already admitted to being involved in poker cheating scandals. Although he is still playing in live events, most players are still not very comfortable playing against him.

Scott Tom of Absolute Poker is synonymous with the Black Friday scandal. According to trusted sources, Scott Tom deliberately installed a backdoor in his very own Absolute Poker software. With this backdoor, certain users could access everyone’s cards on the table and bet accordingly. Scott Tom is said to have used this trick to defraud poker players off millions of dollars. His casino was shut by IRIS following the scandal but was never arrested or convicted. It is funny that he stayed for six years without legal action against him before he eventually paid $300,000 fine as a plea deal.

Jose “Girah” Maria is dubbed the Portuguese poker prodigy.  Jose admitted that he used the hole-card sharing scam to defraud players. He reportedly used Skype as a superuser account to scam poker players. The funny part is that Jose was able to convince players to allow him to sweat their play and view them online through screen sharing. His “Sauron 1989” account became suspicious after it was found out that its Skype accounts and that of Macedo simultaneously logged in and out. Macedo finally apologized and promised to refund cash plus interest to the players he conned. He thereafter exited the poker world.

Although online poker is considered highly safe and secure, the reality is that cheating can still occur. Cheater pokers employ dubious strategies to perpetrate their malicious intentions. However, online poker sites are always alert to ward off these poker cheaters.