The Ghana Health Service (GHS) will in September this year conduct a survey to find out the accurate prevalence of malaria parasite among children between the ages of six months and 10 years in the Greater Accra Region.

The survey slated to begin on September 3 to 16, will test for malaria in about 17,400 children in all 29 districts in the region, and findings published by the end of the year.

The test will be grouped into two categories for children between the ages of six to 59 months and from 5 to 10 years.

A total of 8,700 samples are expected to be collected from each category.

It will be done by the Kintampo and Dodowa Health Research Centers and the Greater Accra Regional Health Directorate with support from the National Malaria Control Program.

He said the survey is to help identify malaria-endemic areas in the region, detect and treat areas, which consequently served as a reservoir for malaria transmission.

The Deputy Regional Director observed that the burden of malaria among children in Ghana was often influenced by the intensity of malaria transmission, which was often localised in specific hotspots.

The survey will, according to him, bridge the data gap at the regional and district levels to provide accurate district-level data on the burden and parasite prevalence of malaria in all districts.

Dr Amoussou-Gohoungo said the survey would help determine the prevalence of different malaria parasites at the district level during the high malaria transmission season for children.

Mr David Dosoo, Head of Laboratory at the Kintampo Research Center said the survey would be done using a malaria rapid diagnostic test kits by some selected health workers trained to move from house to house.

He said the field officers will take blood samples of children, check their temperatures and take a drop of blood from their fingers or heels to test for the parasite.

He said children with positive cases would be treated at no cost to the family.

“The blood sample of every 10th child will be tested for malaria parasite species using the microscope and Polymerase Chain Reaction (PCR) machine at the health facility,” he said

Mr Dosoo encouraged all households in the Greater Accra Region to participate in the survey for a “balanced data.” 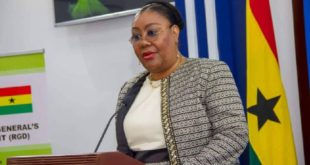 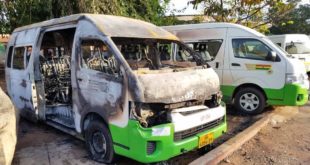 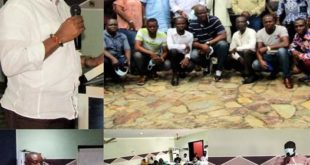