Home / Feature Articles / The baobab: The majestic tree of life

The baobab: The majestic tree of life

4 weeks ago Feature Articles Comments Off on The baobab: The majestic tree of life 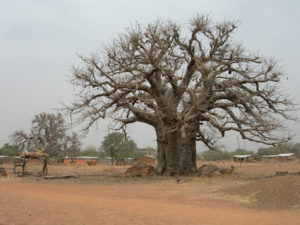 In Africa, especially in the Savannah region, where the weather is dry and severely hit by climate change conditions, making it difficult for many trees to survive or thrive, the Baobab Tree survives, thrives and also serves as source of life for many living creatures all year round.

The Baobab Tree with its scientific name “Adansonia digitate”, is known by many different names. While some call it the monkey bread tree, lemonade tree, upside down tree, others in Africa call it the iconic tree, the ‘Magic Tree or the Tree of Life’. This could be attributed to the unique nature of this tree species.

It is very significant to point out that apart from the Baobab Tree’s ability to withstand climate change and drought, it has the potential of absorbing and storing water during the rainy season in its large trunk stem and produces concentrated nutrient-filled fruits as well as provide food, water and shelter for humans and animals during the dry season when most plants struggle for water to survive.

Though it could be found in few countries outside the African Continent, the Baobab Tree which can grow to a height of about five to 30 metres and trunk diameter of about seven to 11 metres, grows in most African countries including Ghana and could live up more than 1,500 years.

Every part of it is very valuable ranging from the bark, trunk, leaves, and fruits to the seeds and has lots of economic benefits. It is therefore not surprising that it is referred to as “the Tree of Life”.

Aside the above-mentioned significant values of the Tree, most African communities including Ghana, to be specific the five regions of the north attach some spiritual importance and cultural values to the Baobab Tree. A typical example is that most communities in the Upper East Region have their ancestral shrines in the grove of baobab trees where they perform sacrifices to their ancestors.

“Many of the Frafra communities in the Upper East Region, consider Baobab tree (Tuah) as their god and they believe their ancestors dwell in them, where they often go to offer sacrifices,” Mr Atanga Adoor, one of the traditionalists from the Nayorigo community in the Bongo District told this writer.

Besides, the traditions and cultural values, the Baobab is intriguing in the sense that during funeral performances especially the final funeral rites of elders, the baobab most especially the seeds are a significant part of the food preparations and in some Frafra communities the rites would not be completed without the use of the baobab seeds at certain stages, while the pulp is mostly used as fermented water to prepare foods like traditional ‘Tuozaafi’ and ‘Zoom-koom’.

The baobab tree has food and nutritional benefits far more than one can imagine and scientists have it that, it is one of the most nutrient-dense foods in the world, ranging from its leaves known as ‘kuka’, in Hausa, fruits, to the seeds and even the bark which is used for making ropes.

In an interview with the Ghana News Agency, Dr Gustav Mahunu, a Food Scientist, University for Development Studies, Nyankpala Campus, Tamale, said the leaves which can be used fresh or dried, are rich in iron and other vitamins and commonly used to prepare soup.

“The dry pulp of the fruit, after separation from the seeds and fibre is eaten directly mixed into porridge or milk. The tree also provides source of fibre, dye and fuel while the seeds can be used as thickener for soup, maybe fermented into seasoning, roasted for direct consumption or pounded to extract oil which is good for consumption and the cosmetic industry,” he said.

Aside the above-mentioned benefits attached to the baobab tree, the fibre of the tree is also good for the brewing industry because it acts as a catalyst for many of the drinks and could be used for drink production in the manufactory industry.

In addition, the baobab pulp from the dry fruit has a high content of vitamins. In fact, research conducted has shown that the baobab powder has four times as much vitamin C as orange and banana and becomes the perfect natural immune system booster especially in the era of the spread of the novel coronavirus disease.

A large percentage of honey in the Upper East Region is produced from the baobab trees as bees take seed water (nectar), which is very sweet to make honey.

Apart from the food and nutritional value, the Baobab is noted for its potential to empower rural households and contribute to socioeconomic development of the nation.

One of the few organizations that is making efforts in the area of promoting and tapping the potential of the baobab is the Organization for Indigenous Initiatives and Sustainability (ORGIIS), an environment focused organization that is into processing of baobab powder in the Kassena-Nankana and Builsa areas in the Upper East Region for export.

Mr Julius Awaregy, the Executive Director, ORGISS, in an interview with GNA, explained that the NGO was into the processing of baobab fruits into powder for export.

He said annually the NGO is able to export an average of 70 metric tonnes (70,000 Kg) of baobab powder to the United Kingdom (UK) and Burkina Faso while others were being sold locally.

“We cannot even meet the market demand especially from the European world because in the developed world they realized the nutritional value of baobab and the demand for it is high.

“When the COVID-19 broke out I had to send three 20-seater containers to UK on three consecutive weeks. We got demand from Aduna Company Limited in UK to produce 80 metric tonnes of baobab powder in 2019 and we were able to do about 75 metric tonnes, so we are short by five metric tonness, which means we have more demand than we can supply.

“We have one company in South Africa called Dollar which is using it to make children’s food, mixing baobab with wheat, sorghum, maize to prepare children’s food. It is very good for children as vitamins are very important for the development of children,” he said.

According to statistics from the Ghana Export Promotion Authority, the export of shea nuts and oil amounted to $14,103,332 and $64,785,768 respectively in 2018, however, investing and promoting baobab would not only create jobs for the Ghanaian youth, but would rake in more foreign exchange for the country than the shea.

According to the Executive Director of ORGISS, employment opportunities have been created for the vulnerable in their operational areas and were making impact on the livelihoods of the rural dwellers.

“Every year we have 238 women employed for a period of six months from December to May just working on baobab processing in our company and we pay each GH¢15.00 daily and they work six days in a week.

“My office employed 15 staff to train and build the capacity of women on sustainable collection of the baobab fruits, so that they don’t collect all the fruits to avoid regeneration problems as well as quality processing and we are also working with about 1500 women who collect the baobab fruits.

Mr Awaregy said 28 women are employed to clean the fruits every day for six months and are paid GH¢5.00 per bag and the company processes averagely 7,000 bags of 38kg, those women who do the wild picking and collection are paid GH¢50.00 for 38kilograms of baobab.

He said women have been trained in baobab juice preparation, while the company engages not only two transport companies but about seven loading boys who are paid GH¢2.00 for each bag.

As part of contributions towards increasing the tree population, ORGISS Ghana is into the nursing, planting and grafting of the baobab trees.

“When you plant a baobab tree it takes between ten to fifteen years to mature when not disturbed, but we want to make it fruit by seven years, so we started four years ago to nurse and graft and we have grown some in one of our communities,” he added.

Despite its great potential to create decent employment to improve livelihoods of rural communities, much has not been done by government and other stakeholders to harness the potentials of the Baobab not even the Ghana Export Promotion Authority has considered it as a valuable Non-Traditional economic export.

It is undoubtedly clear that when the right investment is made to harness the potentials of baobab, it would propel great economic growth and contribute to the attainment of the SDGs particularly goals one, two and three.

To achieve the country’s industrialization agenda and the Ghana Beyond Aid, there need to be entrepreneurial diversification in the area of the baobab because the ORGISS produce and export in its raw form. This means that companies can be established to add value to the powder by processing it into finished products such as juice and children’s food among others.

Due to its high demand in Burkina Faso leading to over harvesting, the government of Burkina Faso has placed a ban on wild harvesting of baobab and therefore they troop into Ghana through the borders particularly northern borders to harvest these trees making the tree population to deplete.

There is therefore the urgent need for government to enact a law to protect this economic tree from being overexploited, while encouraging and supporting farmers to plant more baobab trees to increase tree population.

The Ministry of Trade and Industry through the Ghana Export Promotion Authority (GEPA) could facilitate support and market opportunities for the sale of baobab powder and baobab related products and there could be the establishment of a Baobab Processing Factory in the Upper East Region as part of government’s One District One Factory agenda. 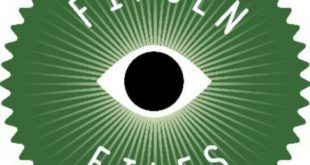 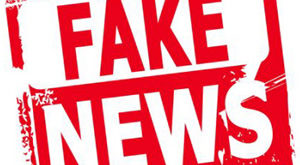