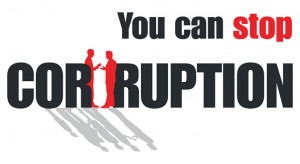 Mrs Beauty Emefa Narteh, the Executive Secretary of the GACC, expressed the hope that political parties would embrace the issues identified by citizens and be guided by the broad recommendations to fashion out their own specific approach to addressing corruption in Ghana.

The CACM was developed by the Coalition and the Ghana Integrity Initiative (GII), with funding from the STAR-Ghana Foundation.

It is aimed at making corruption a key election issue this year thereby improving Ghana’s anti-corruption performance in subsequent years.

Mrs Narteh said the Coalition and other CSOs were implementing a STAR-Ghana Foundation funded project, dubbed; “Making All Voices Count in the 2020 Anti-Corruption Agenda of Political Parties’ Manifestoes” to increase citizens’ voices in the anti-corruption agenda.

She said the CACM Report underscored government’s inclination to execute its Manifesto rather than the country’s development plan.

Mr Joseph Whittal, the Chairman of the Commission on Human Rights and Administrative Justice, who launched the Report, said CSOs were creating a powerful platform that would set out the conversation for the next several months leading to the election.

Mrs Mary Awelana Addah, the Programmes Manager, GII, said going forward the organisation was planning to sustain the discourse by mobilising the mass of CSOs and the media to begin to interrogate the sources of funding of political parties.

Dr Esther Ofei-Aboagye, the Chairperson of STAR-Ghana Foundation, said the Foundation was happy to be associated with the CACM document having an immeasurable value.

The CACM seeks to create stakeholder awareness on citizens’ view on anti-corruption reforms for inclusion in political parties’ manifestos and to increase support and commitment in fighting the canker.

It also seeks to create the pathway for political parties to design and implement appropriate legal and policy/administrative reforms to tackle corruption on a more sustainable basis.

In compiling the CACM, the GII and GACC collated the views of a wide spectrum of sub-groups in Ghana including faith-based organisations, traditional rulers, and anti-corruption experts.

Others were women groups, students, civil society organisations, people with disability and other marginalized groups.