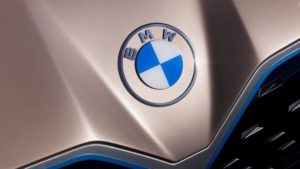 Upmarket German carmaker BMW aims to cut overall carbon dioxide emissions from its fleet by at least 30 per cent per vehicle by 2030, linking achieving the target to executive pay, chief executive Oliver Zipse said in Munich on Monday.

“We will report back year by year on our progress and measure ourselves by these targets. This will flow into the remuneration of the executive and top management,” Zipse said.

Cutting CO2 emissions by a third over the entire life cycle, from the supply chain via production to the end of the car’s life, would imply 40 million tons less CO2, based on 2.5 million cars per year.

“This new approach will be anchored in all sectors, from administration and purchases to sales,” Zipse said.

“The struggle against climate change and how we deal with resources will decide on the future of our society, and thus also of the BMW Group,” he added.

Zipse highlighted the contribution from production, saying that BMW would be using only green electricity – power generated from renewables – from this year.

Suppliers will also have to play their part, with new battery cells, for example, having to be manufactured with green electricity.

“Our aim is to ensure the most sustainable supply chain in the entire sector,” Zipse said.

By 2020, BMWs on the road are to emit 40-per-cent less CO2 per kilometre driven, with the growing range of electrically powered models driving the reduction. By 2023 the company plans to have 25 fully electric or hybrid electric models, half of them fully so.