UN concerned about rights violations in Zimbabwe during pandemic 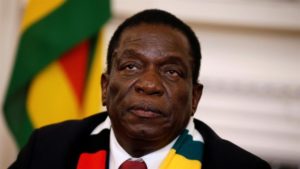 The United Nations Human Rights Commission (OHCHR) said on Friday it is concerned that authorities in Zimbabwe are using the coronavirus pandemic to clamp down on people’s freedoms.

The statement was issued a few days after opposition leader Jacob Ngarivhume and investigative journalist Hopewell Chin’ono were charged with “inciting public violence” over planned anti-government demonstrations on July 31.

She said the arrests were the latest in a string of allegations which suggest authorities may be “using the Covid-19 pandemic as a pretext to clamp down” on the freedoms of expression, peaceful assembly and association.

Ngarivhume was denied bail and Chin’ono’s bail application was once again postponed on Friday. They remain in police custody.

Their lawyers say the charge carries a 10-year prison sentence.

“But clearly, they have no case to answer as there is no evidence linking them with an offence and we will get an acquittal,” said lawyer Doug Coltart.

The prosecution accuses the pair of using social media to incite Zimbabweans to embark on the protests next Friday. Ngarivhume says the protests are aimed at pushing President Emmerson Mnangagwa to better fight corruption and rescue a collapsing economy.

The OHCHR says that although the pandemic has added to the country’s woes, people’s rights needed to be protected when enforcing lockdown measures.