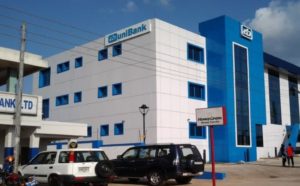 Lawyers of Dr Kwabena Duffour and six others who are being tried for the collapse of UniBank Ghana Limited on Thursday lamented over legibility of some documents served on them by the state.

The lawyers, who took turns to address the High Court, contended that some of the pre-trial documents that the state intend to rely on were not readable and they could not subject them to scrutiny.

They, therefore, submitted that the state would take steps to address that before case management conference kick starts.

Other lawyers informed the court that they had also not been served with some of the pre-trial documents filed by the state on July 10, this year.

Mrs Yvonne Atakorah Obuobisa, the Director for Public Prosecution (DPP), agreed with the defense that some of their documents were not legible.

According to the DPP majority of the documents were, however, clear.

The court, presided over Mr Justice Bright Mensah, a Court of Appeal Judge, sitting with additional responsibility as a High Court Judge, in its ruling, stated that the Case Management Conference would go ahead whiles the state took steps to remedy the defense counsel’s concerns.

The court further directed the prosecution to make available all the documents the lawyers were demanding.

Dr Duffour, who is also former Governor of the Bank of Ghana, is standing trial with his son Dr Kwabena Duffour Junior, former Chief Executive Officer of UniBank.

They have been variously charged with 71 charges of causing financial loss to the state, money laundering, and fraudulent breach of trust, conspiracy to commit crime, defrauding and falsification of bank account.

They have denied the charges and are on bail.