Starting on July 12, the Armenian army attacked, with heavy artillery, the positions of Azerbaijan’s armed forces along the Armenia-Azerbaijan border, killing four Azerbaijani soldiers. It has become clear that the objective behind this new military operation, which is the most violent breach of the ceasefire regime in years, has been to seize strategic positions in Azerbaijan. The clashes along the border are continuing with Armenian army shelling both the military and civilian structures, and the situation is at risk of further escalation.

“The armed forces of Armenia had flagrantly violated the ceasefire regime and used artillery mounts to fire on the positions of Azerbaijan’s armed forces in the direction of Tovuz district, along the state border between Armenia and Azerbaijan,” said Assistant to the President of the Republic of Azerbaijan, Head of Foreign Policy Issues Department of the Administration Hikmat Hajiyev.

“The armed forces of Azerbaijan responded with counterfire and launched counteroffensive measures, preventing the advancement of the Armenian armed forces.

Azerbaijan’s armed forces remain in control of the operational situation. The Armenian side has failed to make any territorial gains.”

“The attack by Armenia, with the use of artillery, against the positions of the armed forces of Azerbaijan, along the Armenia-Azerbaijan border, constitutes aggression, an act of the use of force, and another provocation,” he said.

“The troops of the State Border Service have been deployed along the extensive part of the state border in Gazakh and Tovuz districts from Azerbaijan’s side, to prevent provocations and reduce cases that can lead to tensions on the border between Armenia and Azerbaijan. Armenia, on the contrary, has continued to militarize the border between two countries, while deliberately and systematically targeting the civilians.” 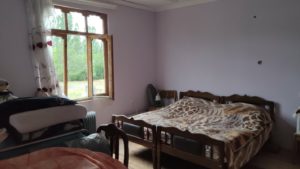 “Such military recklessness on the part of Armenia pursues an objective of drawing the military-political organizations to which it is a party to into the Armenia-Azerbaijan conflict, and evade the responsibility of occupation and aggression against Azerbaijan. Armenia’s aggression against Azerbaijan that has lasted for nearly 30 years and provocations perpetrated along the border also contravene the legal documents of the military-political organizations to which Armenia is a member,” he noted.

“In the meantime, by doing so, Armenia’s leadership aims to escalate the situation, against the backdrop of socio-economic problems deteriorated further by the widespread of COVID-19 in Armenia, caused by its incompetent performance, and distract attention from the domestic problems in the country.

In blatant violation of the UN Charter and other legal international obligations Armenia has carried out military aggression against Azerbaijan and occupied Azerbaijan’s Nagorno-Karabakh region and seven surrounding districts. The UN Security Council resolutions 822, 853, 874 and 884 demand full and unconditional withdrawal of the Armenian armed forces from the occupied territories of Azerbaijan.” 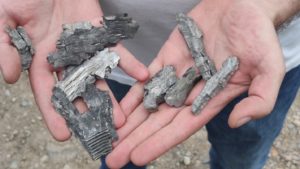 “The provocation by Armenia, perpetrated along the border, is yet another evidence that the official Yerevan is disinterested in the negotiated settlement of the Armenia-Azerbaijan conflict.”

“Armenia launched this offensive and a provocation during the time when the international community is fighting the COVID-19. That and continued violations of the ceasefire by Armenia proves that Armenia’s support of the initiative by the UN Secretary-General on a global ceasefire due to COVID-19 is nothing but hypocrisy,” Hikmat Hajiyev said.

“We call upon the international community to condemn strongly Armenia’s policy of occupation against Azerbaijan and its provocative actions perpetrated along the border.

Armenia’s leadership bears full and sole responsibility for the current situation,” he added.

When reflecting the Armenian provocation, four Azerbaijani soldiers were killed and four others were injured. President of Azerbaijan Ilham Aliyev convened a meeting of the country’s Security Council.

President of the Republic of Azerbaijan Ilham Aliyev has chaired a meeting of the Security Council.

The Head of State addressed the meeting.

Hikmat Hajiyev: The provocation by Armenia, perpetrated along the border, is yet another evidence that the official Yerevan is disinterested in the negotiated settlement of the conflict

I can say that yet another provocation of Armenia was resolutely prevented and adequately rebuffed. The death of our soldiers has been avenged. All the attempts of the Armenian side failed, Azerbaijan protected its state border and Armenian soldiers could not cross even an inch into Azerbaijani territory.

The situation on the border continues to be tense today. I was in touch with all relevant agencies and commanders last night. I was informed early this morning too that the situation on the border has not stabilized. All the responsibility lies squarely with the military-political leadership of Armenia. Such events occur because of the hypocritical and dishonest activities of the Armenian leadership. On the one hand, it appeals to the international community and asks for help in strengthening the ceasefire on the Armenian-Azerbaijani contact line. On the other, 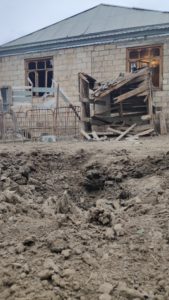 by committing military provocations it wants to invade the territory of Azerbaijan, seize our positions, fire on the civilian population and our villages. This ugly and insidious policy will lead Armenia to the abyss. All the responsibility falls on the leadership of Armenia. Azerbaijan will continue to protect its territorial integrity and borders. The crushing blows inflicted on the enemy yesterday afternoon and this night showed this once again. Our fallen servicemen have been avenged, their blood has not and will not remain on the ground.

Such ugly acts are a manifestation of their aggressive policy. It is impossible to explain this policy logically. Because this policy is very contradictory and poses a great threat to Armenia. I have said this many times and I want to say it again that Azerbaijan will never put up with the occupation of its occupied lands, will not put up with the occupation and will do its best to restore its territorial integrity.

Relevant appeals have been sent to international organizations, and as soon as the operational situation permits, we will invite foreign military representatives operating in Azerbaijan to the area so that they can see the situation with their own eyes. Let them see who committed this military provocation, what happened as a result of this military provocation and who is responsible for the escalation of the situation. Ours is a cause of justice and Azerbaijan will not take a step back from its principled position.

As you know, the domestic situation in Armenia has already reached a critical point. Internal commotion is pervasive. At the same time, they are very concerned about the recent international successes of our country. This has strengthened their sense of envy. In particular, our successful activities within international organizations, recent statements by all leading international organizations on the Armenia-Azerbaijan Nagorno-Karabakh conflict, the decisions made, the support for the territorial integrity of our country have, of course, dealt a serious blow to Armenia’s position on the conflict. At the same time, the specific facts and convincing arguments we regularly communicate from high-profile podiums on the history of the conflict and the history of the region have undermined their propaganda, of course. The whole world already knows that Nagorno-Karabakh is historically the land of Azerbaijan. There are enough documents confirming this, and we are now sharing these documents with the wider international community. At the same time, the whole world recognizes Nagorno-Karabakh as an integral part of Azerbaijan. There are many international documents and statements confirming this. In particular, the recent so-called “elections” in the self-styled “Nagorno-Karabakh republic” were not only not recognized by any country, but were also condemned by all leading international organizations, neighboring countries and countries involved in this issue. Thus, support for the territorial integrity of our country was once again expressed and it was once again made clear that Nagorno-Karabakh is an integral part of Azerbaijan.

Therefore, the current chaos in Armenia and the fact that events are reaching a critical point have prompted them to commit these heinous acts. On the other hand, it is no secret that Armenia has long been trying to form an opinion on the conflict, especially on the Armenian-Azerbaijani border, that it is Azerbaijan that attacks the territory of Armenia. However, this is a lie. All the attacks are committed by Armenia, and this is well documented, there are video and photo documents. Azerbaijan simply responds adequately to all provocations. If Azerbaijani positions and Azerbaijani villages are fired upon from the territory of Armenia, of course, we will respond and give an fitting rebuff. Therefore, Armenia is using all opportunities and, at the same time, fabricating information and doing its best to draw attention to the state border. Yesterday’s military provocation is another manifestation of this ugly policy.

I think that another reason for this provocation is that Azerbaijan has recently achieved great success in the international arena. In was on our initiative that summits of international organizations have been held. A special session of the UN General Assembly has been held on our initiative. This proposal was supported by more than 130 countries, and Armenia opposed this initiative and once again humiliated and isolated itself from the world. Today, with its incomprehensible position on the fight against COVID, which is at the top of the world agenda, it attracted the attention of the whole world to its ugly policy yet again. How can it be that at a time when Azerbaijan requires that the whole world unite in this struggle, Armenia opposes it?

Therefore, Armenia is losing almost all its support in the international arena. The internal situation is quite tense. Everyone understands now that the promised “prosperity” was just a fantasy, a lie. Of course, the information released by the Armenian authorities about yesterday’s incident is another sign of a lie. In their report, they want to shift the responsibility towards Azerbaijan. However, there are no grounds for that, and I want to say again – all independent experts can confirm this – our military post was hit by artillery fire without any reason. As a result, our servicemen died. They are only strong enough to fire on the civilian population or to suddenly open fire on our military post. They did so and once again revealed their ugly and insidious nature.

I want to say again that the enemy received an adequate response yesterday and this night. Our servicemen have been avenged and we will continue to do so in the future. The blood of our servicemen and martyrs does not and will not remain on the ground. We will use every opportunity to defend ourselves and show the enemy its place again.

Source: Assistant to the president