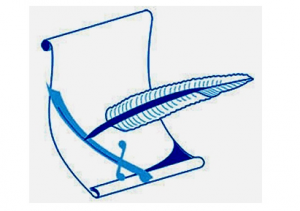 The journalist was assaulted by the bodyguard of the Member of Parliament for Evalue-Jomoro Gwira Constituency and Minister of State at the Presidency.

The Western-GJA is also unhappy with the deletion of video footage from Alhaji Ashley’s camera without his permission, describing it as an attack on press freedom.

The Western – GJA in a statement signed by the Secretary, Mr Zambaga Rufai Saminu, and copied to the GNA called for the immediate arrest of the said bodyguard who is identified as Appiah.

The statement explained that the Cameraman, Alhaji Ashley was among other Journalists covering a court case involving Mr Seth Afeku, the husband of the Evalue-Ajomoro-Gwira MP, and one Angate Borzar who was arrested on the orders of Mr Afeku.

The statement said after the unfortunate incident, the regional GJA received an official complaint from the Metro TV Cameraman indicating that his camera was seized and video deleted under the supervision of the police without his permission.

Preliminary investigations conducted by the regional GJA revealed that, before the commencement of the court proceedings, the Metro TV Cameraman, Alhaji Ashley was taking video footage outside the court premises to support his story since recordings or pictures/video inside the courtroom is not allowed.

This was after Alhaji Ashley had sought permission from the court clerk.

The statement noted that without any provocation, the said bodyguard who arrived in the company of the MP & Minister of State, Mrs Catherine Afeku and the husband as well as the Municipal Chief Executive, Frank Okpenyan, upon seeing the cameraman with his camera, the bodyguard rushed, interrupted him and ordered him to hand over the Metro TV branded video camera to him.

The statement further indicated that the refusal of Alhaji Ashley to handover his official camera to the bodyguard resulted in a fierce confrontation and heckling, which attracted the intervention of a policeman.

However, surprisingly, the Member of Parliament for Evalue-Jomoro Gwira Constituency and Minister State and MCE looked on unconcerned and gracefully walked to take their positions in the courtroom.

The statement said after the camera was handed back to Alhaji Ashley after the court proceedings it was detected that all visuals on the camera were deleted under the supervision of officers of the Ghana Police Service without any explanation.

The statement reminded the police and the Minister of State that “we are in a democratic era and therefore the era of tyranny and political Khakistocracy belong to the past”.

“We are shocked that after recent adaptation of a framework on Police Media Relations and safety of Journalists in the country, the Axim Police supervised the seizure and deletion of reporter’s professional work and could not be anything less than an attack on press freedom”.

The statement in this regard called on the Regional Commander to investigate the said senior officer, why he ordered the reporter to hand his camera to the junior officer, and the deletion of the video footage from the Camera.

“Again we want the identity of the said bodyguard established, arrested and made to face the law for abuse of power and ensure that such perpetrators of violations against Journalists are punished”.