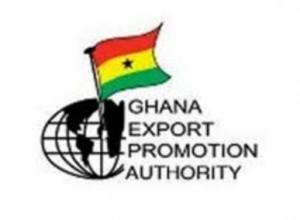 The Ghana Export Promotion Authority (GEPA) has procured and presented 1,260 protective working clothing to a women’s group in the Bongo District of the Upper East Region to boost the production of shea butter and shea related products.

The items, given to the Bongo-Soe Women’s Shea Pickers and Processors Association was in fulfillment of a pledge Dr Afua Asabea Asare, the Chief Executive Officer (CEO) of GEPA made when she paid a working visit to the group in February 2020.

They included 420 overall wear, 420 wellington boots, and 420 hand gloves and is intended to protect the women from dangers as they move about their activities, to increase production to meet both national and international demands.

Presenting the items to the women in Bongo-Soe, on behalf of the CEO, Mr Albert Kassim Diwura, Deputy CEO in charge of Human Resource and Administration, GEPA, indicated that Shea products as one of the Non-Traditional Exports (NTEs) had over the years contributed significantly to the growth of the Ghanaian economy.

The Deputy CEO explained that there was an increase in demand for Ghanaian shea butter on the international market especially the European cosmetics market, however, due to the unfavourable condition in which the poor women engaged in the shea butter processing, they could not produce to meet the demand.

He said, “The main driver is the increasing demand for natural and organic cosmetics on the European market and it is expected that the demand for shea butter will continue to rise in Europe.

The Deputy CEO said the goal of GEPA was to boost Ghana’s Non-Traditional Exports by increasing the production and supply base of shea nuts, shea butter, and other related value-added shea products for the export market, to contribute to the country’s industrialization agenda and the Ghana Beyond Aid agenda.

“However, the conditions under which the shea pickers and processors work is very appalling and dangerous. For instance, shea pickers have been bitten by snakes because they used their bare hands to pick the nuts. We hope that these protective clothing will help improve your production tremendously and reduce the risk associated with shea picking and production,” he added.

Mrs Gifty Atiah, the Secretary of the Bongo-Soe Women Shea Pickers and Processors Association, on behalf of her colleagues expressed gratitude to GEPA, particularly Dr Asare for fulfilling her pledge and said the women would put the items into good use to increase production.

She indicated that as a result of the lack of protective clothing such as the hand gloves and the wellington boots most of their members were usually bitten by snakes when picking nuts in the forests, adding “about four years ago one of our members died out of a snake bite, so we were afraid to go into the forest to pick nuts again.”

Mrs Atiah stated that the protective equipment would help them increase production and supply base of the shea products.