Hydroxychloroquine is no longer authorized to treat COVID-19 in France

May 28, 2020 Africa/International Comments Off on Hydroxychloroquine is no longer authorized to treat COVID-19 in France 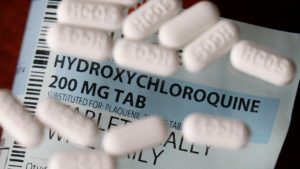 The French government on Wednesday repealed the regulations authorizing the prescription of hydroxychloroquine against Covid-19 in hospitals in France, following an unfavorable opinion from the High council for public health, according to a decree in the Official Journal, reports the Sputnik news agency, citing AFP.

Since the end of March, hydroxychloroquine – a drug derived from the anti-malarial drug chloroquine – could be prescribed as an exception to the hospital and only for severely ill patients, on the collective decision of the doctors.

WHO director-general Tedros Adhanom Ghebreyesus announced Monday that tests for hydroxychloroquine and chloroquine in the fight against Covid-19 have been temporarily suspended by the organization.

He noted that these drugs were still considered to be safe for patients with autoimmune diseases and malaria.

According to Sputnik, the Medicines Agency also said Tuesday, “wishing to suspend” clinical trials with this molecule in France, following the decision of the WHO. The High Council of Public Health has also recommended limiting its use.

For his part, Didier Raoult, who defends the use of hydroxychloroquine in the treatment of the disease, condemned recent studies, skeptical about its effectiveness, declaring that they were based on a “big data badly controlled”.

Britain could face up to 50,000 new coronavirus infections daily by next month unless it …