New research highlights the risks of not brushing twice a day

March 21, 2020 General News Comments Off on New research highlights the risks of not brushing twice a day 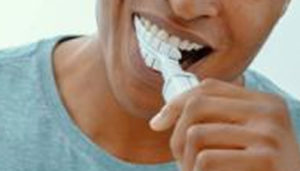 A third of children around the world are failing to brush their teeth twice a day, according to new global study released to mark World Oral Health Day.

Five thousand parents and children were surveyed across eight countries, revealing that 30 percent of children do not brush twice a day and one in four do not brush their teeth every night.

Those children who skip the bedtime brush are twice as likely to have poor oral health as those who brush every night, the study commissioned by Pepsodent has shown.

They are also over 40 per cent more likely to experience frequent oral pain, making them miss twice as many days at school. Around the world, this equates to a potential 293.5 million missed school days over the course of one year due to oral pain.

Despite most parents reporting that their children brush twice a day, when questioned, 39 percent say they sometimes let them go to bed without brushing.

The study noted that nearly 4 in 10 parents admit they let their children skip brushing as a reward.

“With oral hygiene habits a typical example of a ‘learned behaviour’ it is vital that parents set a good example to their children in order to protect their smiles in the future, both by ensuring they brush twice daily with fluoride toothpaste and by caring for their own teeth,” the study emphasised.

Dentists agree that always brushing at night is a vital step in an oral care routine. Dr. Edward Ohene-Marfo explains, “Brushing both day and night can cut tooth decay up to 50% for children compared to brushing once daily. Brushing at night is critical as children’s mouths also produce less saliva when they sleep meaning germs and bacteria have the perfect environment to thrive.”

The impact of skipping the night-time brush does not stop at the oral health benefits, but also has hidden impacts, which are arguably just as serious, including on the child’s confidence.

Of those children who say they do not always brush at night, one in five say they have been teased because of their teeth, while one in three say that they find it difficult to make friends and socialise with others.

Since 2005, Pepsodent has partnered with the FDI (World Dental Federation), an independent organisation representing over 1 million dentists, on our Brush Day and Night campaign as well as World Oral Health Day each year, to drive awareness and promote oral health.

As part of this ongoing commitment, Pepsodent has developed Brush, Story, Sleep with behaviour change and dental experts. This initiative will be launched to coincide with World Oral Health Day 2020 on Friday March 20, the largest global awareness campaign for oral health.

The campaign aims to make the bedtime experience fun and educational by encouraging children to brush their teeth for two minutes every night before rewarding them with a fun bedtime story.

Joel Boateng, Category Manager, Unilever Ghana says, “We’re delighted to introduce “The Adventures of Little Brush Big Brush” storybook and a night-time brushing calendar from Pepsodent, as engaging tools to make brushing fun, so that children will look forward to brushing before bed. Our brand is on a mission to eradicate preventable oral disease so everyone can unlock the power of their smile.

This is our latest initiative building on over 25 years of helping to improve the oral care habits of millions around the world with our Brush Day and Night school programmes and free dental check-ups.

Parliament has approved a total of €598.7 million loan agreement between the Government and the …