February 26, 2020 Africa/International Comments Off on WHO sends staff to countries at highest risk of Covid-19 infection

The World Health Organisation (WHO) is sending a surge staff to countries at highest risk of having a novel coronavirus case, to support their preparedness efforts.

As of February 20, experts numbering 45 have arrived in 10 countries with 20 more being deployed, while two experts have so far been sent to Ghana.

This was contained in a release from the WHO and copied to the Ghana News Agency.

The release said the WHO has identified 13 top priority countries which are Algeria, Angola Cote d’Ivoire and the Democratic Republic of the Congo, Ethiopia, Ghana, Kenya, Mauritius, Nigeria, South Africa, Tanzania, Uganda and Zambia.

As a result of their direct links and high volume of travel to China or their poor scores in International Health Regulations core capacities, these countries need to increase their preparedness measures, the release said.

It said the WHO plays an active role in supporting countries to coordinate preparation efforts, adding that so far, 45 experts in subjects such as coordination, treatment, infection prevention and control, community engagement, surveillance and laboratory disease control have been deployed to ten countries, 30 of whom have been deployed to top priority countries.

The WHO has also dispatched personal protective equipment for health workers, as well as thermometers and other essential supplies for screening and handling suspected cases at airports and other points of entry, the release said.

It said while the top priority countries are WHO’s first areas of focus, the organization would support all countries in the region in preparing for the novel coronavirus.

The WHO’s risk assessment is that the coronavirus outbreak is a high risk globally and with Africa having close ties with China and other Asian countries, it is crucial for all countries in the region to strengthen their preparedness, the release said.

It said currently, much remains to be understood about the new virus, which made it too early to draw definitive conclusions about its mode of transmission.

“The WHO has issued interim guidance on what preparedness measures countries should take and will update this information in consultation with networks of experts across the globe,” the release said.

It said the WHO Regional Director has also issued a guidance note to all countries on how to prepare forCOVID-19.

Human coronaviruses are usually spread through droplets (coughing) and close personal unprotected contact with an infected person such as touching and shaking hands.

On 31 December 2019, the WHO was alerted to several cases of pneumonia in Wuhan City, Hubei Province of China. The virus did not match any other known virus and this raised concern because when a virus is new, how it affects people may not be well known.

One week later, on 7 January 2020, Chinese authorities confirmed that they have identified a new virus.

The new virus is a coronavirus, which is a family of viruses that are known to cause illness ranging from the common cold to more severe diseases such as Middle East Respiratory Syndrome (MERS) and Severe Acute Respiratory Syndrome (SARS. This new virus was temporarily named “2019-nCoV.” On 11th February 2020, the WHO announced the official name as COVID-19. 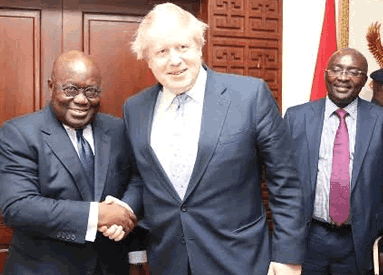 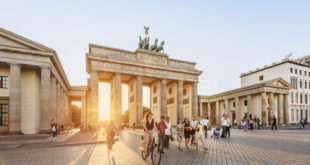