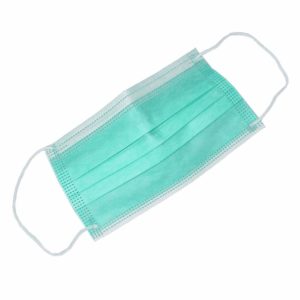 The protective face mask has now become the fastest and most lucrative commodity on the shelves of pharmaceutical shops at Okaishie in the Central Business District of Accra.

Prices have nearly quadrupled for the hard to get product, which both Ghanaians and Chinese are buying in bulk to send to China and elsewhere with reported cases of the Coronavirus (Covid-19), which was first reported in December in the Wuhan City of China.

This came to light when the Ghana News Agency (GNA) visited some major wholesale and retail pharmaceutical and surgical supply shops at Okaishie Drug Lane, a pharmaceutical hub in the Central Business District in Accra.

The visit revealed that some shop owners are cashing in on the high demand presented by the outbreak of the highly contagious viral respiratory disease, which has killed more than 2,600 people worldwide, with more than 79,000 infected. More than 25,000 people have, however recovered from the disease.

Mr Bismark Sarpong of K. Somuah and Sons Pharmacy, in an interview with GNA, said the product was currently the most lucrative commodity in the industry.

“The face masks is currently the hottest product in the pharmaceutical industry due to the outbreak of the coronavirus because Chinese nationals and some Ghanaians are buying them in bulk and shipping them to their relatives in China and some part of the world, where there have been reported cases.

“You see, the face masks are mainly manufactured in China and so due to the outbreak, the production has been affected and so supplies are not coming as they used to.”

At Kelmed Surgical, a major retail shop, Madam Sylvia Borluvie, a Sales Person, said the shop was now compelled to sell the product in cartons rather the normal boxes it used to.

“We sold our last carton a couple of minutes ago. We used to sell it in boxes but due to the high demand and shortage people prefer to buy it in large quantities and so we have no choice than to sell them in cartons,” she stated.

GH¢70.00 and when they buy a carton, which contains 40 boxes, we multiply the number by the price per box,” she explained.

The United States Center for Disease Control and Prevention, explains that a protective face mask, technically called a respirator, is a personal protective device that is worn on the face or head and covers at least the nose and mouth.

A respirator is used to reduce the wearer’s risk of inhaling hazardous airborne particles (including infectious agents), gases or vapours.

The N95 FFR is rated as highly effective. It is known to remove particles from the air that are breathed through it. These respirators filter out at least 95% of very small (0.3 micron) particles. N95 FFRs are capable of filtering out all types of particles, including bacteria and viruses.

Prior to the outbreak of the COVID-19, face masks were mostly patronised by health workers,  students in health training institutions, Senior High Schools students who wear them against dust inhalation during cleaning,  banks tellers, workers in the manufacturing sector, among others.

Ghana has so far recorded nine suspected COVID-19 cases but they have all tested negative.

So far, about 30 countries across the globe have recorded the disease.

The WHO has urged countries to prepare to deal with the spread of an outbreak.