Ghana last year rescued 778 victims of human trafficking and offered them comprehensive trauma and informed care before their reintegration into society.

A total of 147 cases were reported and investigated, out of which 23 cases were prosecuted. These involved 37 defendants with 15 of them being convicted.

Mrs Cynthia Mamle Morrison, the Minister of Gender, Children and Social Protection, who announced these, in a speech read on her behalf, attributed the results to the collaborative efforts of officers of the Ministry, law enforcement agencies, social workers and local NGOs.

Madam Freda Prempeh, her deputy, read the address at ceremony, on Tuesday, at which the Ministry, with the European Union (EU) and Expertise France, launched an 18 million Euros Regional Project to support the fight against human trafficking.

The EU Emergency Trust Fund for Africa is providing 17.4 million Euros for the project, dubbed: “Support the fight against human trafficking in the States of the Gulf of Guinea”, while Expertise France provides the rest.

Nigeria, Benin, Togo, la Cote d’Ivoire and Guinea are the other beneficiaries in the Gulf of Guinea.

The four-year project would support authorities and civil society organisations involved in the fight against human trafficking.

It would focus, among others, prevent vulnerable persons from becoming victims and seek the prosecution of traffickers.

The project would also foster a better inter-Ministerial coordination, collaboration among organisations, and regional cooperation.

It would be implemented in close collaboration with the Human Trafficking Secretariat, based at the Gender Ministry.

Throwing more light on Ghana’s efforts, Mrs Morrison said the British High Commission on February 1, 2019, supported the operationalisation of the adult shelter, where 63 victims of trafficking were cared for.

Additionally, about 78 High Court Judges were trained in Accra and Kumasi in 2018.

With the support of UNICEF, last year, more Court Clerks and Judges are receiving training to equip them in Case Management, Child Friendly Courts and Speedy Trials at the Judicial Training Institute.

Praising the EU and Expertise France for the Project, she said, Ghana over the years had been a receiving, transit and a destination country for human trafficking.

“The Gulf of Guinea is characterised by a pattern of cross-border and irregular migration, human trafficking, child exploitation, which calls for concerted efforts to address them,” she said.

“Trafficking is multifaceted and includes debt bondage, exploitation and organised crimes, which also call for a holistic approach to address them”.

In view of these, the Human Trafficking Act, 2005 Act 694 was enacted towards prevention, reduction and punishment of the crime.

It also deals with the rehabilitation and reintegration of trafficked persons and its related matters.

The Human Trafficking Secretariat coordinates all activities of human trafficking in Ghana by adopting legal, legislative and operational measures to reinforce the principles of gender equality and human rights issues.

On prevention, Mrs Morrison said the Ministry had embarked on many community advocacy and engagement programmes to educate the public on the dangers associated with human trafficking.

Mrs Diana Acconcia, the Head of EU Delegation to Ghana, said the rise of irregular migration through the Mediterranean route, the number of those affected by human trafficking had been a concern across the world.

The EU had thus chosen to support the initiative to strengthen both national and regional mechanisms in the fight.

Mrs Acconcia stated that over the last two and half years, the International Organisation for Migration (IOM), with the support of the EU, had supported the humanitarian return of 1,300 Ghanaians from Libya and Niger.

According to Frontex, the European Border and Coast Guard Agency, the number of migrants from West Africa trying to go to Europe had been multiplied by ten between 2010 and 2016.

A recent IOM study reported that about 80 per cent of the migrants using the Central Mediterranean route, mainly through Libya, had been victims of a form of human trafficking. 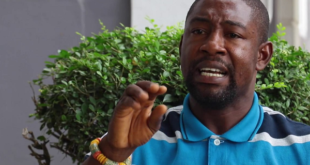 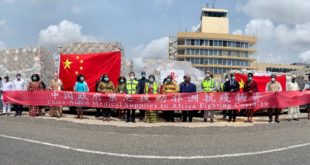 Ghana, as the Continent’s aviation hub today received life-sustaining medical supplies from the Government of …