February 18, 2020 Tourism Comments Off on GTA calls for investment in chocolate production 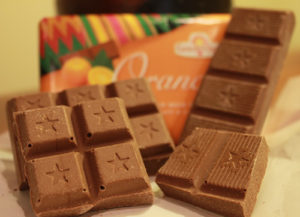 Mr Moses Ndebugri, the Upper West Regional Director of the Ghana Tourism Authority (GTA), has appealed to international and private investors to spend on the production of chocolate and other cocoa based products to promote local consumption.

He said even though Ghana was the second largest producer of cocoa bean, chocolate production was on the low side and urged investors to take advantage of it to establish factories to produce more of the product to make it accessible and affordable to the people.

He said because of its nutritional values, many people in Ghana wished they could be consuming chocolate, but because of the inadequate production level of the commodity and its high price, they were unable to do so.

The presentation was part of the GTA’s widow’s mite to show love to the sick children who could not join their colleagues to play and celebrate the Day.

“Showing love to the sick is a form of therapy and our children are the future leaders, hence the need to show love to them to enable them to heal from their diseases and grow well to become responsible citizens” he said.

Mr Ndebugri said the Day was celebrated to change the widely held perception of the promotion of immoral conducts among the youth most especially on Valentine’s Day.

It was also to promote the consumption of made in Ghana Chocolate, with the main objective of boosting domestic tourism, and promoting the consumption of Cocoa based products, and raising awareness for Ghanaians to appreciate the health benefits of chocolate.

Giving reasons for people to consume chocolate, he said chocolate had ingredients that provided the most powerful dietary antioxidants, prevented stroke by improving blood circulation, provided energy and vitality and boosted fertility in both sexes as among others.

Mr Remy Konkuri, the Nurse In-charge of the Children’s Ward who received the items on behalf of the Hospital authorities urged other benevolent organisations and public spirited individuals to emulate the GTA and come to the aid of the children on regular basis.

He said if that was done, it would help reduce some burdens on mothers who were not financially sound to provide the needed nutritional consumables for their children on admission.

The National Chocolate Day was celebrated under the auspices of Ministry of Tourism, Arts and Culture, organised on every February 14th to promote the consumption of chocolate and highlight chocolate as a health product and Ghana as the preferred chocolate destination.