The new White Volta Basin Board has held its first meeting in Bolgatanga in the Upper East Region, to review the plans of the Integrated Water Resources Management (IWRM).

The meeting was also meant to introduce the 21 newly constituted board members to the operations of the last board on IWRM issues to enable them be up to date with its activities.

The representatives of the Assemblies would in turn form sub basin committees at the basin level for smooth management of IWRM affairs.

Responding to how different the previous board was in an interview with the GNA,  Mr Aduna said the 17 member old board  was a pilot one, made up of only District Assemblies in the Upper East Region and only one representation from the then Northern Region.

Mr Aduna said IWRM was a process and considering emerging trends of events there was the need to look at some of the changing institutional arrangements and policies to ensure that the basins became fully operational.

According to him, emerging issues such as land use, quantities in terms of volumes of water, demographic changes and socio economic changes, influenced the operations of the basins.

“Mining used to be minimal but it is an issue now and some new institutions such as the Northern Development Authority, Women in Agriculture and some NGOs among other stakeholders are expected to be incorporated into the activities of the IWRM”.

He said the growing change in patterns of rainfall figures showed some things were not done right in the management of water resources and expressed concern over the heavy siltation in some basins especially in the Mole, Sissily, Nabogo and Gambaga basins and stressed that there was need to reverse the trend.

The Basin Coordinator noted the deteriorating impact on water resources through human activities and stressed that diversity in institutional mandates and interests militated against the effective management of Water Resources.

He called on all institutions to come together and work to forestall the dangers in the trending nature of water resources as a result of pollution.

He outlined some of the interventions carried out under the old board as ecosystem restoration to reduce evapo -transportation and protection of river banks, Improved trans- boundary collaboration and regular exchange of information between Ghana and Burkina Faso on spillage of Bagre Dam. 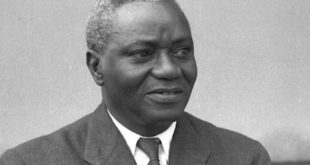 J. B. Danquah believed in the relevance of multilingual education – Prof Wosornu

Professor Lade Wosornu, a renowned Ghanaian Surgeon, has described the late J. B. Danquah as …