February 13, 2020 General News Comments Off on Surveillance high at Aflao border against coronavirus 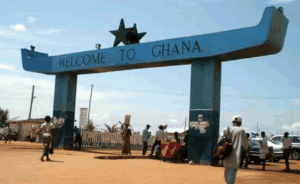 Port Health officials at the Ghana-Togo Border at Aflao have increased surveillance at the border towards early detection of any case of coronavirus into the country.

They have also expanded their work schedules to track travellers entering the country.

The World Health Organisation (WHO) declared the novel coronavirus (2019-nCoV), first reported from Wuhan in Hubei province, China, on December 31, 2019 and spread to some 18 other countries, a global health emergency.

The death toll from the epidemic jumped to over 1,000 on Tuesday, while Hubei province, its epicenter kept reporting high number of new deaths and increase in new confirmed cases with other fatalities being in Tianjin city, the northeastern province of Heilongjiang and Guizhou province in the southwest, the Ghana News Agency (GNA) learnt.

This led experts to intensify efforts to find a vaccine for the disease that shut-down Chinese cities and forced thousands more into quarantine around the world.

Mr Frank Sai, the Deputy In-charge, Port Health, Aflao Border told the GNA that they had intensified their surveillance system and would not entertain any complacency in their bid to prevent the virus from spreading to Ghana.

“We screen travellers on arrival and departure using the thermal scanner and the hand-held thermometer. Aside the screening, we ensure all travellers fill the health declaration form to enable us have adequate information on them, so that even if we don’t pick any symptoms during the screening now, it will be easy to track them later should anything new come up.

“So far we haven’t recorded any case, but we’re not relenting on our efforts until this new coronavirus scare is over. What we’re doing is to be able to spot anyone with the virus coming to Ghana and contain it before it spreads,” he added.

Mr Sai said officials also “do physical observation” especially for border residents as part of the surveillance system, while observing personal safety of personnel through the use of sanitizers.