Dr Badu Sarkodie, the Director of Public Health at the Ghana Health Service has said the screening for the Novel Coronavirus at the ports meets the required standard of the World Health Organization (WHO).

He, therefore, advised the media to be circumspect about information they publish as they conduct interviews with passengers at the ports in order not to create panic.

“We are doing our best per the standards; if there are gaps, which is possible, we will further strengthen the system but it should not be said that officials are not doing due diligence.”

“Nevertheless, we will tighten our supervisory role to ensure that the screening is as effective as possible to prevent a slip of any case into the country,” he stated.

Dr Sarkodie was speaking in an interview with the Ghana News Agency over the concerns of a Ghanaian student that the screening process was not as stringent as what he experienced elsewhere on his journey.

He returned from the Chinese city of Harbin to Accra, on Friday, February 7.

The student questioned why he was not quarantined for two weeks for observation to see whether he would become sick later with the virus; or why a sample was not taken from him to test before he was released.

But Dr Sarkodie emphasised that Ghana’s process was in line with the prescribed international protocol, adding that, some of the information about the screening process being published in the media was not helpful.

Ghana, with other countries, has put in place surveillance systems at their various ports of entry to look out for travellers with signs of respiratory illness or fever.

These persons may have either travelled to China recently or could have made contact with an infected person.

Dr Sarkodie explained, “Surveillance at the various borders either by land, sea, and at the airports is to screen the temperature of every passenger entering the country.

“Those from the affected areas go beyond the screening for temperature; as we also check them, using a health declaration form.

“The health declaration form picks more detailed information with respect to where such persons from the affected area have been for the past 14 days, whether they are having signs and symptoms, whether they have been in contact with people that are known to have the virus or not.

“We also take their contact and lodging details to be able to reach them in case we need to follow up.

“We have been doing the temperature screening all this while to check for other diseases; but the health declaration form was tailored specifically for the coronavirus.”

Dr Sarkodie advised the public to keep to the various preventive measures that had been announced by the Ministry of Health, such as the regular washing of hands with soap and water, and hand rubbing with alcohol if available.

“The WHO has been working with the Chinese authorities and global experts, from the day we were informed, to learn more about the virus, how it affects the people who are sick with it, how they can be treated, and what countries can do to respond”.

On December 31, 2019, China alerted the WHO to several cases of pneumonia in its Wuhan City in the Hubei Province. The related virus did not match any other known virus.

This raised concern because when a virus is new, how it affects people is not known.

One week later, on January 7, the Chinese authorities confirmed that they had identified a new virus.

The virus, which is in the family of viruses, including those of the common cold, SARS and MERS, has been temporarily named the “2019-nCoV”.

According to the WHO, 24 other countries and territories have reported more than 300 cases. 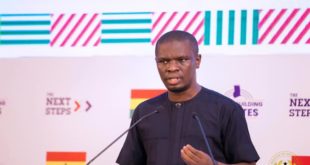 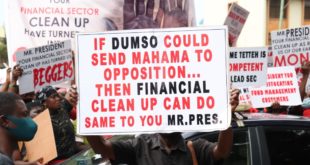