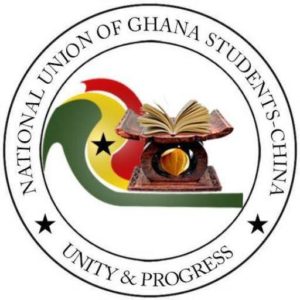 The Ghana Embassy in Beijing, China, under the auspices of the Ministry of Foreign Affairs and Regional Integration, has given 50,000 RMB to the National Union of Ghana Student (NUGS-China).

A statement signed jointly by Mr Bekoe Bernard Boamah, the NUGS-China Secretary General, and Mr Felix Gyawu-Addo, the NUGS-China President, and copied to the Ghana News Agency, said the amount was for the procurement of food and protective items for the distressed members in the wake of the Coronavirus Outbreak.

The virus has claimed 213 lives and hospitalised more than 9,000.

The statement said the initiative was taken in response to challenges raised by Chapter representatives during a four-hour meeting held on the January 29 between the Ghana Embassy, the National Executive Council, and representatives of NUGS-China.

During the meeting, chapter representatives unanimously affirmed that all Ghanaian students in their respective cities were safe from the virus.

“They mentioned that the shortage of nose masks and hand sanitizers had led to some concerns and prevented some members from going out to buy basic needs like food and water,” it stated.

The statement said at the end of the meeting, chaired by Mr Edward Boateng, Ghana’s Ambassador to China, the Embassy officials promised to channel all the concerns raised to Accra for response.

Out of the amount 30,000 RMB is to be given to Chapters in Hubei Province.

The statement said Hubei Province was the epicentre of the disease and is also where the lock-down was severest.

It said the remaining 20,000RMB was to be committed to the NUGS-China “NKWA NA ƐHIA” Fund, created to provide support for all other chapters outside of Hubei Province.

The Fund welcomes any donation, either in cash or kind, to help provide adequate support for all members.

“NUGS-China is grateful to the Government of Ghana, The Ministry of Foreign Affairs and Regional Integration, and the Ghana Mission in China for such a kind gesture,” the statement said.

“Members must follow the safety precautions, stay calm and be of good cheer. In case any member experiences any fever symptoms, they should rush to the designated hospitals for treatment or report to the NUGS-China Report-Centre @ www.nugschina.org/coronavirus-report-center, or contact the Ghana Embassy directly via these emergency lines: