January 30, 2020 Politics Comments Off on Witness in Ofosu-Ampofo’s trial denies ‘his statement’

Mr Benjamin Osei Ampofo Adjei, broadcast journalist with Adom FM who is a witness in the trial of Mr Samuel Ofosu-Ampofo and Mr Anthony Kwaku Boahen on Wednesday denied the statement which was taken from him by the Police.

Though he admitted that the signature on the statement was his, he denied owning the statement when it was shown to him at an Accra High Court trying the two accused.

Adjei told the Court presided over by Justice Samuel K. Asiedu the document was brought to him by a police officer and he appended his signature.

Ofosu-Ampofo, National Chairman of the National Democratic Congress (NDC), the main opposition party and Mr Boahen, the party’s Deputy Communications Director are standing trial over an alleged leaked tape believed to have been made to incite violence against Mrs Jean Mensa, Chairperson of the Electoral Commission and Reverend Professor Emmanuel Asante, Chairman of the National Peace Council.

The facts as presented by Mrs Yvonne Attakora Obuobisa, Director Public Prosecution, Attorney- General’s Department(A-G) was that in January 2019, a by-election was conducted at the Ayawaso West Wuogon Constituency as a result of the demise of its Member of Parliament.

Prosecution said there were disturbances in the course of the elections and on February 3, 2019, Mr Ofosu-Ampofo met the Party’s Communication officers at its Headquarters located at Adabraka, a suburb of Accra.

The prosecution said an audio recording which came out of the meeting and was circulated by a cross-section of the media and contained a set-up of a road-map of criminal activities targeted at the Chairperson of the Electoral Commission (EC) and the Chairman of the National Peace Council among others.

Prosecution said the tape was intercepted by the Criminal Investigation Department of the Police Service.

The Prosecution said in the audio Mr Ofosu-Ampofo was heard inciting the communicators of the Party to molest both the EC and Peace Council Chairpersons and scheming on how to brutalize their opponents and creating a general sense of insecurity in the country.

The AG’s representative said that the orchestrated electoral violence plot was going to be blamed on the New Patriotic Party, which is the ruling Party.

The Prosecution said, Mr Boahen also confirmed being at the meeting as well as confessed that the content of the tape was true on a popular radio station.

The Case has been adjourned to Wednesday, February 5. 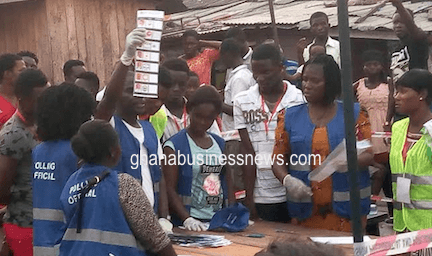 2020 election results to be collated in three stages — EC 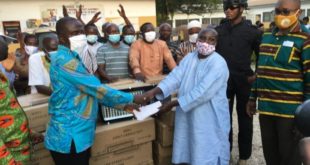 The Electoral Commission (EC) will deploy 234,206 permanent and non-permanent officials across the country to …