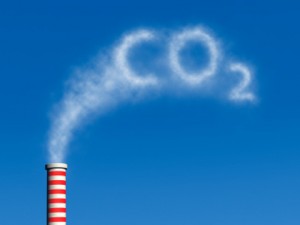 Ghana has recorded two million tonnes emissions reductions per annum from 2011 to 2017 through the implementation of its national mitigation policies.

It is also committed to unconditional reduction of emission by 15 per cent below business as usual (BAU) emissions of 74 million tonnes by 2030.

A release issued and copied to the Ghana News Agency on Monday by Nasir Ahmad Yartey, Head of the Public Relations Unit of the Ministry of Environment, Science, Technology and Innovation (MESTI), said this was contained in Ghana’s 2nd Biennial Update Report (BUR) presented by Mr John A. Pwamang, the Acting Executive Director of the Environmental Protection Agency (EPA) during the 8th Workshop of Facilitative Sharing of Views at the ongoing climate conference in Spain.

The report however indicated that Green House Gas (GHG) emission have increased by 7.1 per cent since 2012.

He said in order to reverse these trends, Ghana has embedded her Climate Agenda for 2030 (Nationally Determined Contributions) into Ghana’s National Medium Term Development Plan 2017-2021.

The report further revealed that clean cooking, reduced Natural Gas flaring and reductions from electricity generation were the highest contributors to emission savings, which resulted into a cumulative total of 13.7 million from 2011 to 2017.

Briefing the workshop on enhancing inter-sectoral and Development Partner Coordination, Mr Peter Dery, the Acting Director for Environment at the MESTI stated that Ghana has over the years improved on coordination through inter-sectoral committees and working groups.

He said the Ministry of Finance has developed a tracking tool to track all financial inflows from developments partners to Ministries Department and Agencies.

This, Mr Dery said would soon be extended to cover civil society and the private sector.

Opening the workshop, the Executive Secretary of UNFCCC, Christian Patricia Espanosa, called for increase in ambition to enable Parties meet the global target of reducing global warming to  two degrees against pre industrial level and the Sustainable Development Goals.