October 30, 2019 ICT Comments Off on Online purchases in Ghana on steady rise – Report 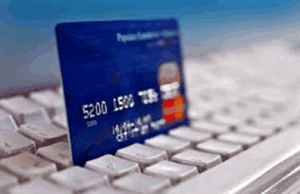 A report on the retail industry in Ghana has shown a steady rise in the number of consumers using online platforms for products purchases, thanks to an expanding middle class, the proliferation of smartphones and tech-savvy young people.

The report published by Firmus Advisory, a leading Market Research, Regulatory Compliance, and Trade Development, said despite the growth in online use, more purchases are still being done in offline markets, especially for food and beverages.

Dubbed “Digitize or Die” the study warned that only retailers who were able to keep up with digital trends and understand the changing lifestyles and demands of their customers would be better placed to meet their needs.

Over 2,500 respondents were surveyed on social media and on the ground in Accra, Kumasi and Takoradi to share their views on current trends in the retail space, the drivers and inhibitors of their shopping online or offline.

Retail outlets across the three cities were also engaged in in-depth interviews to understand the workings of the sector. It centered on spending habits on Food and Beverages, Health and Personal Care, and Fashion products.

Presenting the findings, Mr Albert Cofie, Manager Research, said Ghana’s retail sector had grown considerably in the past decade, thanks to an expanding middle class, the proliferation of smartphones and the tech-savvy young people who prefer to buy online account for the gradual shift to online purchases.

Other factors that have spurred the growth of the sector include a relatively young population, political stability and a favourable investment climate.

On her part, Araba Koomson, a Research Executive, said the study found out that young entrepreneurs who had taken advantage of social media platforms to market their merchandise were making some good returns, and chipping away some of the revenue that would otherwise had gone to the more established retail outlets.

“In sum, digitization is changing the retail landscape from pre to post sale transactions, communication, distribution and customer feedback,” she said, adding that, consumers’ shopping habits and lifestyle are some of the major drivers that would shape retail trade going into the future.

The Ghana Retail Map (GRM), is an annual report focusing on Ghana’s retail sector and provides an independent and objective market intelligence to retailers on both instore and online customer experiences.

The National Identification Authority (NIA) has registered 8,733,440 eligible Ghanaians for the Ghana Card as …