Mobile operators around the world to disclose climate impacts – GSMA 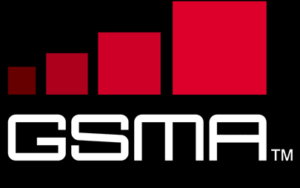 Climate change is a big issue. Currently, young people around the world are protesting, calling on world leaders to act fast to save the planet – leading the campaign is Swedish teenager, Greta Thunberg.

A new research by the International Food Policy Research Institute, published in July 2019 found that, over the next 30 years, climate change and increasing carbon dioxide (CO2) could significantly reduce the availability of critical nutrients such as protein, iron and zinc.The total impacts of climate change shocks and elevated levels of CO2 in the atmosphere according to the research, are estimated to reduce growth in global per capita nutrient availability of protein, iron, and zinc by 19.5 per cent, 14.4 per cent, and 14.6 per cent, respectively.

Under an intiative by the GSMA, many large mobile operators around the world have agreed to start disclosing their climate impacts. The initiative is to develop a mobile industry climate action roadmap in line with the Paris Agreement.

In a press release copied to ghanabusinessnews.com, the GSMA which represents the interests of mobile operators worldwide, more than 50 mobile operators – which together account for more than two thirds of mobile connections globally – are now disclosing their climate impacts, energy and greenhouse gas (GHG) emissions via the internationally recognised CDP global disclosure system.

“The move will enable full transparency for investors and customers involved in the mobile sector. Many of the companies are disclosing for the first time as part of the GSMA-led initiative,” it added.

The GSMA says the disclosures form the first phase of an industry-wide, climate action roadmap.

“The next step will see the development of a decarbonisation pathway for the mobile industry, aligned with the Science Based Targets initiative (SBTi), to be in place by February 2020. This will include the development of an industry-wide plan to achieve net-zero GHG emissions by 2050 in line with the Paris Agreement,” it said.