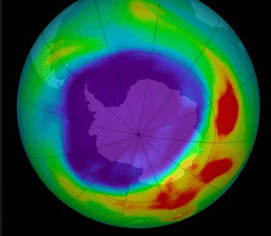 The adoption of the Montreal Protocol on Ozone Depletion some 32 years ago by countries has resulted in the elimination of over 98 per cent of ozone depleting substances, with the possibility of repairing the layer by the middle of the century.

The achievement has also been the result of countries’ shared commitments and cooperation, coupled with the daily choices of individuals around the world, Mr John Pwamang, the Acting Executive Director of the Environmental Protection Agency (EPA), announced on Wednesday in Accra.

“It has also had huge positive impacts for agriculture, preventing significant loss of food crops and food security challenges.”

Mr Pwamang was speaking at the official opening of the two parts, week-long sub-regional training workshop of national ozone officers from Western, Eastern, Northern and Southern regions of the Africa Anglophone Network in Accra.

The workshop is also geared towards enabling activities for Hydrofluorocarbons (HFC) phase down in countries as well as paving the way for information sharing.

It would also enhance national ozone officers and their legal counterparts the needed capacity to carry out their obligations in the implementation of the Montreal Protocol and its various amendments.

The Montreal Protocol on Substances that Deplete the Ozone Layer was adopted in response to the threat to human health and the environment posed by CFCs and other ozone–depleting substances (ODS), as well as HFC, which were known to be potent greenhouse gases and were found mainly in air-conditioning and refrigeration.

Mr Pwamang said Ghana became the 79th country in the world to ratify the Kigali Amendment in August this year, which sets the tone for the country to implement the Amendments by gradually facing out the HFCs.

He said the Kigali Amendment had received wide support from the private sector, which had been impressive as businesses were increasingly introducing alternatives to HFCs in developed and developing countries’ market alike.

“These new technologies promise triple win: no harm to the ozone layer; being climate friendly; and increasing energy efficiency”.

“By reducing or phasing down the use of Hydrofluorocarbons (HFCs) in refrigerators, air conditioners, and related facilities by 80 per cent over the next 30 years, together, we would avoid 0.4 oC of global warming by the end of the century, while continuing to protect the ozone layer,” Mr Pwamang said.

He said in Ghana, the National Ozone Unit (NOU) under the implementation of the Hydrochloflurocarbon Phase-out Management Plan (HPMP), had started the training of technicians from well-established air-conditioning installation workshops in the conversion of existing R22 based Air conditioning units to run on Hydrocarbon R290.

Mr Emmanuel Osae-Quansah, the Director, National Ozone Officer, EPA, said the workshop was in response to the ratification and the implementation of the Kigali Amendment that sought to phase down 19 identified Hydrochloflurocarbon refrigerants found in refrigerators, air-conditioning, cold storage systems and in the mortuaries.

He said all countries worldwide ratified the Montreal Protocol and its four Amendments relating to ODS, with many now in the process of ratifying the Kigali Amendment on HFCs agreed on in 2016.

So far about 81 out of the 196 member countries have ratified that Amendment.

He said with funding from the Multilateral Fund, Parties were building their capacities, strengthening institutions and developing national strategies to ensure they tackled HFCs quickly and decisively.

“The addition of HFCs to the Montreal Protocol through the Kigali Amendment will not only help the recovery of the ozone layer but also prevent approximately 19 per cent of estimated total greenhouse gas emissions by 2050, compared to a business as usual scenario.”

The UN Environment’s law division of the Ozone Action Programme and the Compliance Assistance Programme of the same body organised the workshop, intended to facilitate the sharing of experiences, discuss and review findings, progress, and recommendations made regarding the implementation of Enabling Activities in various countries.

The Montreal Protocol is the only international environmental treaty that commands universal membership of all 197 states and the European Union with no state left outside its global coverage.