September 22, 2019 Africa/International Comments Off on StarTimes pledges to support agriculture transformation in Africa 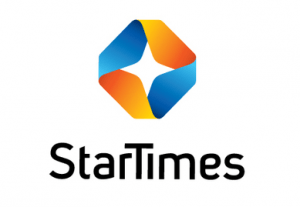 African Green Revolution Forum (AGRF), a forum for African agriculture, has brought together stakeholders in the agriculture sector to deliberate on policies to help attain inclusive and sustainable agriculture across the continent.

The four day event, being held in Accra, is being attended by experts in agriculture, media and information communication technology.

Mr Zhang Junqi, the Chief Executive Officer (CEO) of StarTimes Nigeria, pledged to use its presences in Africa to support the transformation of agriculture on the continent.

He said a Chinese electronics and media firm, would do this through the use of its digital platform to support information dissemination together with the help of satellite TV devices from ‘Ten Thousands Village Project’.

Mr Zhang, who was a panelist on one of the sessions on agriculture digitization, said the ‘Ten Thousands Village Project’, one of the ‘Ten Major China-Africa Cooperation Plans’, was announced by President Xi Jinxing of China, at the Johannesburg Summit of FOCAC held in 2015.

He said as the contractor, StarTimes will complete this pan Africa project by the end of 2019 and 10,112 villages will have access to solar-powered satellite television service.

In doing this, Mr Zhang said, StarTimes would replicate the situation in China where the development of agriculture could also be linked to the dedicated television channels on agriculture, teaching farmers how to grow crops to improve their productivity.

“StarTimes is ready to introduce this kind of content to educate farmers and small households in Africa. By this, we can build the bridge between China and African agriculture,” he said.

“One of the visions of StarTimes is that we want to ensure that we help reach every African family to have access to the network to enjoy the digital revolution,” Mr Zhang said.

The CEO expressed confidence that the efforts of StarTimes would create access to digital terrestrial content in rural areas across Africa.

“This is why StarTimes platforms and channels produce and provide content that is suitable for most of the rural communities, including farmers and African families,” Mr Zhang said.

“At StarTimes group, we are not targeting only the upper-class, but also the medium and lower class, so the contents on the platforms are also localized to suit the taste of local people.”

StarTimes, a pay-tv company, has established offices in 35 countries with full operations in 16 of them, where they serve more than 10 million subscribers, most of whom are in rural areas.