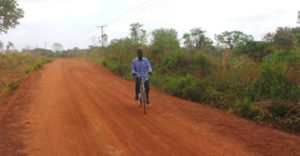 The West Africa Road Safety Organisation (WARSO) as part of measures to ensure road safety, will formulate a non-motorised transportation policy for the continent.

The policy, when adopted will prescribe institutional arrangements, governance, regulatory and legislation on non-motorised transportation.

The policy will ensure for broader spectrum of the population by providing alternative transport modes such as cycling, animal drawn transport and walking.

Mrs May Obiri-Yeboah, the Executive Director of National Road Safety Authority announced this at the opening ceremony of WARSO conference and Annual General Meeting in Accra.

It brought together road safety experts from the West African community, to deliberate on emerging issues in the sector and chart the path in addressing the challenges.

The Executive Director said road crashes were identified both globally and domestically as a socio-economic challenges, affecting countries in West Africa.

The policy would prescribe the need to train stakeholders especially drivers and operators and safety audits, as a way to promote safety.

She said other issues to be discussed included; review of country performance, progress report on harmonisation of road safety data and automation of the passenger manifest.

The programme was on the theme “Evaluating Road Safety Performances in West Africa under the Decade of Action for Road Safety: 2011-2020.”

WARSO was established on May 8, 2008. It is made up of 15 West African countries under the auspices of the Economic Community of West African States.