Reporters Without Borders to present press freedom awards in Berlin

September 12, 2019 Africa/International Comments Off on Reporters Without Borders to present press freedom awards in Berlin 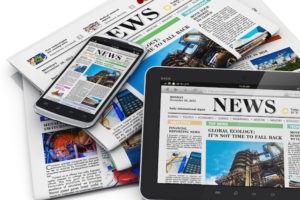 Reporters Without Borders, the international NGO based in Paris that promotes press freedom around the world, is set to present the winners of this year’s Press Freedom Awards in Berlin on Thursday.

“We are glad that Berlin is hosting the Press Freedom Awards. It is a great honour for us to award fearless journalists from around the world and to welcome some of them here,” said the head of Germany’s Reporters Without Borders, Michael Rediske.

The nominees, who were announced at the end of August, come from 12 different countries, including Russia, Saudi Arabia, Vietnam and Pakistan.

“Many of the nominees face constant threats or have been imprisoned several times for their work, yet these journalists refused to be silenced and continue to raise their voices against the abuse of power, corruption and other crimes,” said Christophe Deloire, secretary general of Reporters Without Borders.

“Rather than dishearten us, the difficult situations these journalists face inspire us with the will to achieve change. Courage in the pursuit of journalistic ideals is a formidable motivating force for all those who want to address humankind’s most important challenges.”

The Press Freedom Awards are subdivided into three categories: Courage, Impact and Independence.

The nominees include Saudi blogger Eman Al-Nafjan for her work in the campaign to grant women in Saudi Arabia the right to drive, Pham Doan Trang for her coverage and advocacy of LGBT rights in Vietnam and Caroline Muscat from Malta for her investigative reporting on corruption after the murder of her colleague Daphne Caruana Galizia in 2017.