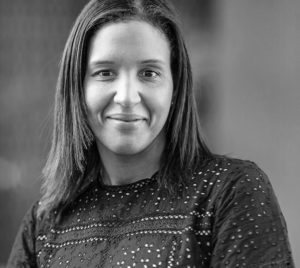 A campaigner against Neglected Tropical Diseases (NTDs) says the Ghanaian government has an important role to play in prioritizing the elimination of NTDs as part of the broader economic strategy, as 25 million Ghanaians are at risk.

According to her, investments directed at eliminating this group of diseases would result in an even greater impact on economic growth.

Ms. Yacine Djibo, Founder and Executive Director of Speak Up Africa, a policy and advocacy tank, with its headquarters in Dakar, Senegal, said these in an exclusive interview with ghanabusinessnews. com.

Responding to various issues on NTDs in a questionnaire sent to her, she said Ghana achieved incredible progress last year, by becoming the first World Health Organization (WHO) African Region country to eliminate Trachoma, a major public health crisis that has caused millions to suffer.

However she explained that “Ghanaians must continue to refuse to accept other NTDs as a fact of life.”

“Like in many African countries, taxes and duties on donated NTD treatments currently increase the overall cost of NTD interventions. Relaxing these protectionist policies in the case of life-saving treatments would be a positive step forward to protect Ghanaians from these conditions,” she said.

Adding that reducing the burden of NTDs frees up funding for growth and development, as well as alleviating suffering amongst citizens.

“To help drive action, Ghanaians and civil society organizations must all say no to NTDs – not only will this help save lives, it will put the country on the pathway to achieving universal health coverage,” she noted.

A few weeks ago, over 200 African delegates gathered at the WHO AFRO bi-annual NTD programme managers meeting at Addis Ababa, Ethiopia to discuss the successes and challenges in the fight against NTDs on the continent.

This meeting gave an opportunity for affected countries, donors, technical experts and international organizations to review progress against the WHO’s roadmap on NTDs, which sets important targets including global elimination of several of these diseases, such as blinding trachoma, by 2020.

During the meeting, the WHO and country programme managers agreed on several action points such as collaborating with other key sectors such as education in the fight against NTDs and also to push for further integration of NTDs in national health systems.

NTDs, with a huge economic impact on developing countries, are a group of diseases such as buruli ulcer, dengue fever, trachoma, yaws, leprosy,  guinea-worm disease, onchocerciasis, lymphatic filariasis, bilharziasis, and soil-transmitted helminthiases(intestinal worms), which are present in tropical and subtropical conditions in 149 countries.

They also cost developing economies billions of dollars every year, and affect more than 1.5 billion people.

Ms. Djibo threw more light on why currently issues of NTDs are back on the front burner in Africa, when there are more pressing public health issues such as non-communicable diseases, Ebola and climate change related diseases.

She explained that while Africa faces a wide range of pressing and threatening issues, battling NTDs is still a crucial problem that plagues the continent, with 600 million people in Africa requiring treatment for these diseases.

“All governments need to ensure they are putting effective measures in place to control and eliminate NTDs, which will have the added benefit of improving public health more broadly.”

She added that these diseases “often affect the poorest populations, and are particularly prevalent in tropical areas, where access to clean water and methods of properly disposing of human waste are limited.”

According to her, although NTDs are both preventable and treatable, they can cause severe disfigurement and other long-term disabilities that can present life-long challenges, as well as impacting on countries’ economic prospects and overall development.

“NTDs affect all 10 regions of Ghana, with an estimated 25 million Ghanaians at risk of contracting one or more NTDs,” she added.

“To drive progress in Africa, it is crucial that we change the narrative around what we perceive as threatening issues”.

“When it comes to development, we tend to focus on mortality rates – while these are an important indicator, they do not tell the whole story of the impact a disease can have on a country and its population. Preventing people from ever falling ill, particularly in the case of debilitating diseases like NTDs that can affect the whole trajectory of a patient’s life, also demands our attention.”

She called for investment in stronger public health systems saying: “we have the possibility to improve the lives of 600 million people across the continent. To us, this qualifies as a pressing issue that should be addressed by all governments.”

According to Ms. Djibo, as one of the original endorser countries of the Addis Ababa NTDs Commitment in 2014, Ghana has already pledged to increase domestic investments, strengthen NTD programme goals, work towards global control and elimination targets and use their NTD work to strengthen their overall health systems.

“Now it is up to government to honour these commitments and up to civil society organizations to ensure the government is held accountable.”

She explained that to fulfill these promises, Ghana must invest more money into raising awareness of these diseases.

She urged Ghanaians to campaign for change and demand that their local governments do more to protect the health of those in the community. Individuals must also educate themselves on the symptoms of the most common NTDs and how best to prevent them. 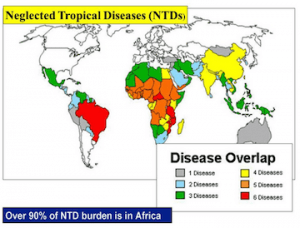 population, as they are key to raising awareness and highlighting the precautions people must take to protect themselves. The media are also key to the fight against NTD’s – through reporting the problem and telling people’s stories they can help put pressure on the government to do more to protect their citizens.”

Ms. Djibo noted that NTD elimination must be viewed as a public health priority in Africa and collaboration within countries and across the continent is imperative.

“All governments need to ensure they are putting effective measures in place to control and eliminate NTDs, which will have the added benefit of improving public health more broadly.”

She said a few days ago, civil society organizations joined together in Senegal to create Africa’s first civil society network for NTDs – the Civil Society Says No to NTDs Coalition.

“This coalition will provide a network for civil society organization (CSOs) to consult and collaborate to maximize their efforts in fighting NTDs, particularly around their aim of increasing sustainable funding for NTD control programmes. We know that the elimination of NTDs will require the commitment of all levels of society, which is why the formation of this new coalition is such an important step towards reaching our end goal.”

She explained what the Speak up Africa’s “No to NTDs” movement is all about, saying the movement is about combating NTDs by pushing NTDs higher up the political agenda.

“We can’t accept that because poverty persists, NTDs must too. With this belief, the movement’s objectives are threefold – to bolster political engagement around NTDs, increase the resources allocated to fighting NTDs, build civil society’s capacity to organize and make inclusive decisions on NTD prevention and ensure NTD elimination is the top of everyone’s agenda.”

“Recently we launched our No to NTDs online platform to enable knowledge sharing and facilitate the spread of the ‘No to NTDs’ movement in Africa.  Designed for health ministers, health workers, civil society organizations and other decision-makers in African countries affected by NTDs, the downloadable resources support campaign planning, strategic partnership building, increased visibility and monitoring and evaluation.”

“As a result, the No to NTDs platform aims to provide the necessary tools to create an enabling environment for NTD elimination at a national level,” she added.

“Educating citizens and how they can protect themselves is also crucial to driving progress, and we hope that Ghana utilizes the new NTD online platform for the implementation of their own national programmes.”

Meanwhile, the WHO, in one of its latest report, Defeating Neglected Tropical Diseases, Progress, Challenges and Opportunities, has said that one of the greatest achievements has been reaching at least one billion people with treatment (for at least one NTD) for three successive years- 2015, 2016 and 2017.

Adding that providing safe water, sanitation and hygiene is key to prevention and care, as many of the causative pathogens of NTDs thrive where water and sanitation are inadequate.

“With continued investments and expanded partnerships, the burden of NTDs can be reduced and even eliminated or eradicated, thereby yielding social, economic and health benefits, as we work to reach the underserved and leave no one behind in our shared endeavour to provide health for all,” the report added.

By Eunice Menka
Copyright ©2019 by Creative Imaginations Publicity
All rights reserved. This article or any portion thereof may not be reproduced or used in any manner whatsoever without the express written permission of the publisher except for the use of brief quotations in reviews.