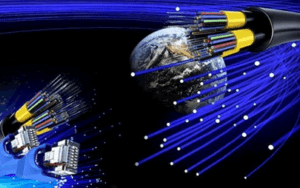 Experts from the Department of Urban Roads, Ghana Water Company (GWCL), National Communication Authority (NCA) and the Ghana Chamber of Telecoms are discussing ways of ending fiber cuts and theft, which causes problems for the telcos and utility companies.

The meeting was organized by the National Engineering Coordinating Team (NECT) to sensitize participants on the “Right of Way” for stakeholders to ensure that reserved spaces for the utility services were not encroached upon.

He said apart from the fiber cuts, theft of fuel and other accessories for the powering of the cell sites were also on the rise, disclosing that, in 2018 over 700 incidents of theft were recorded whiles in 2019 about 500 of such incidence had been recorded already.

According to Mr Ashigbi, these unhealthy incidents were a threat to consumers and even national security communication installations since once a fiber was cut or a cell site was broken into, it affects both the security apparatus and the general public.

He said in the guidelines for road construction, spaces were provided for power installations, laying of water pipes and communication infrastructure, however due to encroachment, on the reserved spaces by private developers, the stakeholders had to compete for space and in the process destroy fiber cables and water pipes to the detriment of the public.

Mr Ashibgey explained that it was for that reason that the NECT had been instituted, involving engineers from the Department, GWCL, ECG, the Telco’s and the Metropolitan, Municipal and District Assemblies (MMDAs), to find a lasting solution and expressed the hope that by 2022 they would have come to a consensus to end the menace.

This worrying trend has not only affected communication, but has affected water supply in many parts of the country where pipelines had been damaged during construction, citing Nkawakw ,in the eastern region, is one such example.

Ing. Alex Asamoah of the Department of Urban Roads and member of the NECT, on his part, said every road construction took 70 per cent space and leaving 30 per cent for utilities, including water, power and communication, but unfortunately people encroached on the reserved spaces, creating problems for all the stakeholders.

He noted that, the MMDAs had not been helpful in stopping encroachers and said “they were often the culprits who aid people to do the wrong thing”  citing the many buildings and infrastructure that had the stop work inscription for years, yet the projects were completed.

Ing. Asamoah said the NECT was therefore going to enforce the guidelines on all construction of roads and ensure that the utility agencies submit drawings after completion of works and place markers at points to alert others.

He therefore called on all stakeholders to be committed to the objective of the NECT to ensure that activities of road construction, water connection, and power extension and communication installations were harmonized for the benefit of national development.