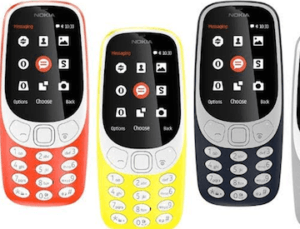 A two-year study on financial inclusion of women and youth in sub-Saharan Africa has found that the mobile device is key to accessing financial services.

The research, conducted by the African Centre for Economic Transformation (ACET) in Guinea, Sierra Leone and Zambia, showed that more people are using their mobile devices to access financial services as opposed to the use of cheques, money orders and bank branches.

The Accra based economic policy institute began its study in 2017 with support from the International Development Research Centre (IDEC), Canada to assess the effectiveness of financial sector initiatives in advancing womens’ and the youth’s financial inclusion in Guinea, Sierra Leone and Zambia.

Mr David Darkwa, Financial Inclusion Technical Lead, ACET, who presented the findings at a policy learning meeting in Accra, said the rapid growth of digital technology in the past decade, has displaced the traditional financial system, as more and more people access financial services on their smartphones.

The policy learning meeting brought together stakeholders from the three study countries as well as from Ghana and other African countries to share policy ideas based on the key findings and recommendations of the study.

He said smartphones represent the future of mobile financial services, as it allowed a range of transactions for a wide variety of uses and being the most common device to the youth in urban areas, it had helped in the current drift in the financial sector.

Females and youths in Sierra Leone reported almost equal usage of the smart phone and the basic phone, 41.5 per cent and 43.9 per cent respectively.

In Guinea, nearly half, thus, 48.9 per cent of respondents owned or had access to smart phones and the basic phones.

The study also found out that cumbersome requirements and processes for opening an account were major barriers to financial inclusion for women and the youth.

Financial Service Providers (FSPs) such as banks and microfinance institutions (MFIs) are required to capture the detailed biographical and situational data of prospective customers referred to as ‘Know Your Customer’, before a new account was opened.

It was observed that in all, three study countries pre-urban and rural women had difficulty in obtaining the right document largely because of high illiteracy rate, the informal nature of their occupation and cultural issues adding that the youth grappled with identity card issues and age restrictions.

There is also the challenge of poor rural infrastructure and underdeveloped provider systems, which makes the cost of the provision of services for women and youth very high.

The high cost incurred by the service providers are due to geographical inaccessibility, poor infrastructure and generally low population densities which make it hard, to set up ‘brick-and-mortar outlets or agent banking outlets to offer services at reasonable cost.

The FSPs were found to have weak operating models and rely on traditional banking models of branch networks and expensive technologies. It was discovered in Sierra Leone that, for some, community special arrangements had to be made for bank account holders, to access their funds or enjoy other services.

The research showed that cultural and social norms shaped women’s access to and control over resources, and eventually their ability to access financial products and services.

For example, women in Zambia were not allowed to own land, which prevented them from the use of land as a collateral for obtaining loans.

Mr Darkwa called for the rationalization of requirements and procedures for account opening, to improve access and usage of financial services, registration authorities must balance legislation on customer and institutional protections with accessibility.

This is to ensure that the youth and women, who tend to be the most financially disenfranchised due to their inability to present formal identity documentation, can register and access financial services with semi-formal IDs.