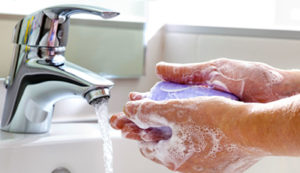 Mr Nicholas Adamtey, a public policy consultant, has called on the government, to allocate more resources towards the Water, Sanitation and Hygiene (WASH) sector, in the effort to attain the Sustainable Development Goal six (SDG 6) by 2030.

He said research has shown that, budgetary allocations for WASH service delivery was not adequate at the national and districts levels and in some cases the funds were either delayed or were not released in full.

“Targeting and providing actual outcome indicators on WASH related issues has been a challenge at the national and district levels which, makes it difficult to assess whether resource allocations are yielding the expected outcomes,” he said.

Mr Adamtey made the call in Accra at a national dissemination meeting on: “Budget Tracking and Analysis of Water, Sanitation and Hygiene Expenditure in Bongo and Kassena Nankana West District.”

The meeting was organized by the National Level Learning Alliance Platform (NLLP) and the Resource Centre Network (RCN) in collaboration with Water Aid Ghana and support from Canada.

Mr Adamtey said the two districts, which depended largely on the District Assemblies Common Fund, suffer from the phenomenon of inadequate funding.

He said the Assemblies have a major role to play not only to generate more for their Internally Generated Funds (IGF) but also to efficiently utilize whatever funds they generate and prioritise WASH interventions.

Mr Adamtey called on national and district level institutions, to provide data on WASH related indicators to help monitor the progress of programmes.

Mr Vitus Adaboo Azeem, an independent consultant, said the development partners’ contribution towards WASH activities in 2017-2018 was 60.3 per cent, adding; “this means that the sector is donor dependent and vulnerable, as reduction in support can decrease the total budgeted expenditure.”

He called on government to provide adequate funding for WASH, so as to achieve the SDG ‘6’ to improve livelihoods.

Mr Abdul Nashiru Mohammed, Country Director of Water Aid Ghana, said the Ghana is considered as one of the successful ones among the sub-Sahara countries, hence the need for government to increase funding to the sector.

He said the long-term vision of the government of Ghana is universal access to safe drinking water by 2025 and to eliminate open defecation by 2030.