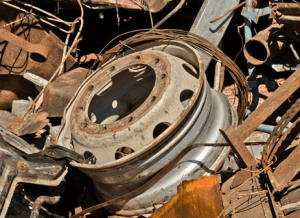 The Progressive Scraps Dealers Association of Ghana (PROSDAG), an association of scrap dealers based in Kumasi, has appealed to the government and the Ministry of Trade and Industry, to as a matter of urgency, to lift the ban on scraps export, to make the industry more competitive.

The association had also called on the government to intervene to ensure mutual respect in the trade relations between them and steel companies, in order to find solutions to all the nagging issues affecting the industry.

These were contained in a petition addressed to the Minister of Trade and Industry and read at a press conference in Kumasi, by Mr Nasiru Mohammed, Secretary of the association.

According to him, the scrap dealership industry is the bedrock of the steel industry in Ghana.

Mr Mohammed pointed out that the current trade regime and arrangement had no regard for the scraps dealers.

These challenges, according to him, had been exacerbated by the ban placed on export of scraps by the government.

He said members of the association did not understand why government would restrict the trade space of scrap dealership, while at the same time encouraging exports of steel products in order to improve the country’s foreign exchange.

Mr Mohammed said the petition was to implore government to finally come out with a policy that would bring mutual respect between scrap dealers and steel companies, in terms of competitive prices, to enable scrap dealers play their roles, especially in tax payments and employment.