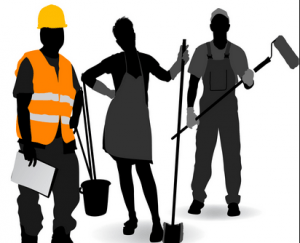 The Public Service Workers Union (PSWU) of the Trade Union Congress (TUC) Ghana, has expressed worry over the privatization of state property, said to be done on the well-being of citizens.

Mr Bernard Adjei, the Acting General Secretary of the PSWU, explained that the profit motive of the private sector, would make people pay more for services. He called on government to rescind its decision of selling state property to the private sector.

Mr Adjei was speaking to the media on the side-lines of the Upper East Regional Council delegates conference of the PSWU in Bolgatanga.

Though the private sector was very crucial to the development of the economy, the Acting General Secretary noted, the public sector is still relevant to the country’s sustainable development, as the citizens needed government to provide some services such as health delivery.

He called on government to device measures to solve some of the challenges confronting the country, rather than resorting to privatisation, which widened the poverty gap especially among rural dwellers.

The Acting Secretary urged government to improve the infrastructure and working conditions of public service institutions and workers, including remunerations, to enable public and civil servants effectively deliver the quality services.

He further urged government and major stakeholders to review the country’s employment policy and directives to ensure that public institutions had enough permanent staff, so that there would be no need for contract staff.

Mr Richard Asueme, the Former Regional Industrial Relations Officer of PSWU called on workers to plan their retirement well and advocated that a percentage of the petroleum revenue be allocated to boost pension schemes of workers.

“Some public workers retire in poverty due to the low salaries they receive during their working period and the 10 per cent increment of salaries annually is woefully insufficient to meet rising prices of goods and services,” he said.

He urged public sector workers to intensify their push and advocacy towards better working conditions that would enable them to retire in good financial standing.

The occasion was part of preparation towards the 10th national quadrennial delegate conference and 60 years of existence of the PSWU.