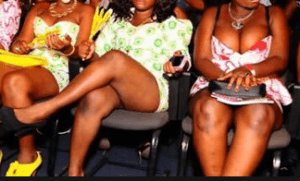 Okofo Katakyi Nyakoh Eku X, Omanhene of Nyakrom Traditional Area, has cautioned that the Traditional Council would not countenance indecent dressing during this year’s 2019 Akwanbo Festival.

The move, by the Council is to instill discipline among the youth in the Agona West Municipality and to protect the dignity and respect of people of the Area.

This was contained in a speech read on his behalf by Nana Osei Bonsu III, Tufuhene of Agona  Nyakrom, when he and other sub-chiefs and some residents joined Agona West Municipal Assembly staff to undertake five-hour clean-up exercise at Nyakrom.

Okofo Katakyi Nyakoh Eku said during the festivity some youth intentionally dress indecently to expose their bodies and warned that the Council would not allow that behavior to persist in Agonaman.

He urged all the various Akwanbo festival planning committees to ensure that young boys who cut their hair in different styles and ride motor bikes recklessly are arrested by the Police.

On the clean-up exercise, he praised the residents, sub-chiefs, the two Asafo Companies of Nyakrom, assembly staff and all others for their hard work during the five hour exercise.

Mrs. Marigold Assan, the Municipal Chief Executive, appealed to the people of the Area particularly traders to desist from  displaying their wares on the road side during market days adding that the Assembly would soon embark on an exercise to sensitize them to stop the practice.

Mrs Assan commended the chiefs and people for their enthusiasm adding that the Assembly would continue to organize the National Sanitation Day clean-up exercise to ensure that the Municipality stays clean.

The Ministry of Tourism, Arts and Culture has expanded the National Steering Committee of the …