The state of emergency care in Ghana

July 31, 2019 The Thinknovate Page Comments Off on The state of emergency care in Ghana 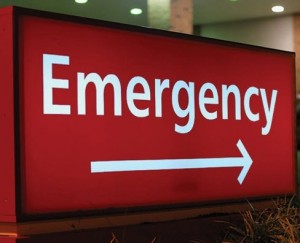 Emergency care is an integral part of healthcare and in many instances it’s required when least expected. Unfortunately, when required, the time window between life and death may be so small that decisions ought to be made by competent people using reliable systems that have been tried and tested and are constantly evaluated and upgraded. Such a system must ideally be seamless and in this era of communication be underpinned by efficient information transfer.

An Emergency Service System (ESS) will thus consist of an efficient transportation network of ambulances (road and air) interlinked to functional accident and emergency units, manned by competent staff (paramedics, doctors, and nurses) with standard protocols of operation.

Though the system can be triggered at different levels, the fundamental basis for a trigger is an accident. Upon activation by an incident that causes serious illness or injury, the focus of the service is to provide emergency medical care to the patient.

To achieve these, certain basics would have to be relied on. Foremost amongst them is the response rate (how quickly the service can get to the patient) which is often determined by the time between a trigger of the emergency system and the arrival of a well-resourced ambulance team, mainly led by paramedics. Important at this point also is information transfer between the central trigger point and the field team. This response rate must reflect the nature of emergencies that are commonly encountered by the emergency service and are often categorised from life-threatening injuries and illnesses, cardiac arrest, etc. where time is of prime essence. In such an instance, the maximum time window is pegged at seven minutes. Anything beyond that gravely decreases the survival chances of the patient.

Next is the stabilization capability of the service at the incident scene and whilst the patient is in transit. This parameter is underpinned by the quality of training of the paramedic team, the medical supplies they carry as well as their equipment. These have to be routinely maintained and standardised. Simple equipment like defibrillators and oxygen supplies just to name a few are key to the success of an emergency service team and survival of the patient during this period. Once stabilized the patient can then be transferred to the Accident and Emergency (A&E) unit of an appropriate health facility (often the nearest) with capabilities for receiving the patient and administering care.

Our ambulances are ill-maintained, ill-equipped and often carry the dead, whilst taxis and other civilian vehicles transport the dying.

At this point too, there must be proper coordination between the ambulance team and A&E unit to ensure that the health facility is ready for the patient, understands what health emergency is involved and has approximate timelines for the patient’s arrival. This period requires the careful transfer of emergency medical information either electronically or through oral communication and relies heavily on the roadworthiness of the emergency transport vehicle. Upon arrival at A&E unit, there must be an efficient transfer of the patient from the ambulance team to the hospital medical personnel who then must work expediently to ensure the patient is out of danger and on the road to recovery. Their success in this endeavour is reliant on all the previous stages that have occurred before arrival and the quality of emergency health communication that has been transferred. To aid their quest also will be the need to have the necessary equipment, medical supplies and human resources capable of handling the specific emergency.

Our ambulances are ill-maintained, ill-equipped and often carry the dead, whilst taxis and other civilian vehicles transport the dying. Simply put we have conspired to turn the official definition of an ambulance (a vehicle equipped for taking sick or injured people to and from the hospital, especially in emergencies) upside down. While at it, we have conspired to make it more lucrative for citizens to invest in the funeral economy than the Emergency Health Service. Thus, a visit to any of our hospitals indicates that there are more hearses than there are functioning and resourced ambulances.

As if that is not painful enough, we hardly have the requisite number of paramedics needed to deal with our emergency service needs. Currently, the country has only one training school for Emergency medical technicians and drivers (paramedics) situated at Nkenkaasu in the Offinso North District of the Ashanti Region. My checks indicate that the school graduates approximately three hundred students annually since its inception in 2013. Assuming no attrition of this valuable personnel, I leave readers to work out the average number of paramedics per each of our 275 electoral constituencies. With this number in mind and the National Ambulance Service left with approximately fifty-five ambulances and waiting for the arrival of new stock, tell me whether or not the nation has a coherent Emergency Medical System.

While at it, we have conspired to make it more lucrative for citizens to invest in the funeral economy than the Emergency Health Service.

This is why I squirm when I hear our politicians and their acolytes debate on who is better placed to resource our National Ambulance Service. In reality what is at play in these debates is the political and procurement aspects of emergency care provision, i.e. who gets the contracts to import the ambulances at substantial profits and who gets to commission them in fanfare to procure votes whilst scoring political brownie points. How as citizens we have become hoodwinked to the point that we fail to question these public officials on the key indicators that ensure the success of a comprehensive ESS is something I cannot explain. How technocratic voices that are required in such debates are in oblivion or most cases drowned is why we have a patchwork to deal with when emergencies come calling.

Let us all remember that, “in an emergency, one often learns that one’s companions can be of even less help in extraordinary circumstances than they are during an average evening.” We may try to be each other’s keeper but when an accident strikes, the majority of us are ill-equipped to be helpful in this life or death endeavour. At best we may try some heroics that may worsen the plight of our loved ones whilst trying to save them. If we really care about each other, our best efforts must go towards speaking up; for emergency care in our country is one big Russian roulette.