Government to renegotiate ‘take-or-pay’ contracts in the energy sector 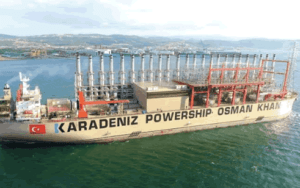 The Government will renegotiate all take-or-pay contracts in the energy sector, by converting them to take-and-pay contracts to help save the sector and prevent citizens from consistently paying energy they had not used.

Mr Ken Ofori-Atta, the Minister of Finance said there was the need to renegotiate the contract to avert the impending huge cost it would bring to the country in the upcoming years, noting that, currently, the country’s installed capacity was almost double the peak demand.

Mr Ofori-Atta stated in the presentation of the Mid-Year Fiscal Policy Review of the 2019 Budget Statement and Economic Policy & Supplementary Estimates in Parliament, in Accra.

He said notable among the transactions was that, 2,300 MegaWatts of the installed capacity had been contracted on a take-or-pay basis, adding that, on the average, “less than 40 per cent of the contracted take-or-pay capacity is actually used, meaning that we are basically throwing away money by paying for the remaining 60 per cent of excess capacity, which we do not actually consume”.

He said in monetary terms, what it meant was that, the citizenry were paying more than half a billion US dollars or more than GH¢2.5 billion annually for power generation capacity, which was not used by the citizenry.

He said “Our top technical experts, assisted by counterparts from the World Bank, have subjected the energy sector to a thorough analysis and produced the Energy Sector Reform Programme (ESRP), which identifies the key issues in the sector and proposes solutions.”

Mr Ofori-Atta said the ESRP, which has been approved by Cabinet means that “if we continue with business as usual in the energy sector, the costs to Government will increase over time to an accumulated total of over $12.5 billion by 2023”.

The Minister proposed to increase the Energy Sector Levies by GH¢0.20 per litre for petrol and diesel and GH¢0.08 per kg for Liquefied Petroleum Gas to increase the inflows to enable Government to issue additional bonds to pay down the country’s energy sector debt obligations.

He said Government in 2017 issued the Energy Sector Levy Act (ESLA) Bond, which raised almost GH¢6 billion on the back of ESLA levies to pay for legacy debts from the energy sector challenges during the administration of the previous government, adding that, the bond proceeds were used to liquidate approximately 60 per cent of the debts.