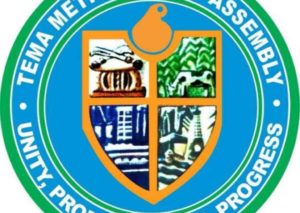 The Tema Metropolitan Assembly (TMA) on Wednesday launched a pilot project  for local schools to manage waste in an efficient and environmentally sustainable way.

The initiative, dubbed, “Waste Segregation and Composting Project, ”is expected to be implemented in  30 selected schools after all local schools will be rolled in.

Waste bins would be distributed throughout the selected schools for waste segregation and subsequent composting.

Under the project, awareness creation on waste management and the need for cleaner environment for a healthier population would be prioritized as waste generation and management is increasingly becoming a challenge in basic schools.

Mr Felix Mensah Nii Anang-La, Tema Metropolitan Chief Executive, whose speech was read on his behalf by the Presiding Member of the Assembly, Joseph Koto, at the launch of the project at the Twedease Primary School in Tema, said the initiative is geared towards shaping the minds of the younger generation on the benefits of segregation and recycling of waste.

He said the “Tema Restoration Agenda”, a sanitation initiative, is a collective and shared responsibility to make Tema cleaner and safer for all inhabitants.

He said, the separation of waste from source is key in dealing with the poor sanitation menace since waste collected could be a valuable resource if managed properly and as a means of promoting clean environment which would ultimately reduce the burden of diseases.

Waste management, he noted, is a major challenge in basic schools and said the implementation of the project is timely as it would attempt to remedy the sanitation challenges the Assembly faced.

The Chief Executive called on other Assemblies to replicate the initiative to rid the region and the entire country of filth as envisioned by the President.

He called on religious leaders to show the way and develop strategies and initiatives in their various places of worship to preach against insanitary practices and promote environmental sustainability at all levels.

He stated that Christians, Muslims and other believers alike ought to translate their faith into their day to day lives and shun practices which are in contravention with their religious beliefs and inimical to their lives.

Mr Malik Mino Ereira, an Environmentalist with the Waste Segmentation and Composting Movement, whiles demonstrating the segmentation and disposal of refuse in various coloured plastic bins, said pupils from basic schools have been targeted to inculcate in them good sanitary practices and appropriate ways to dispose plastic and solid waste disposal.

Woman arrested for inflicting cutlass wounds on her son